REGIONAL WA DEMANDS THE RIGHT TO SAY ‘NO’ TO MINING 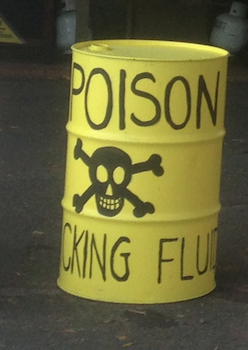 NOVEMBER 30, 2015: Farmers and landholders across the Mid West and Gascoyne regions of WA are calling on Federal Energy      Minister Josh Frydenberg and state ministers to give them the right to say ‘no’ to mining at the next meeting of the COAG Energy Council on Friday December 4.

Minister Frydenberg said he'd put mining and land access on the agenda at the meeting.

“Right now farmers and landholders in the Mid West, Gascoyne, Kimberley and South West are fighting for the right to say no to gas fracking on their land and in their communities and the government isn’t listening,” Ms. Franklin said.

“It is time for the buck-passing and bullying to end, and for our governments to legislate to give all landholders and communities a veto over mining that threatens our land, our water and way of life.

“Individuals and communities across Australia have experienced severe distress due to the laws being weighted so heavily in favor of multi-national mining corporations that they can legally force access to land without consent.

“All governments across Australia need to act now to end this special treatment for mining giants and to give us the basic right to a fair go and a real say over whether miners are allowed access.

“After two years of negotiations all we have in WA is a worthless land access template that fails to give landholders the basic right to say no to mining activity on their land. It is another example of the mining industry being given priority over other vital industries like food production.

“The bullying and harassment of landholders and Traditional Owners by mining corporations needs to end now.  Governments need to prevent any further harm to rural and regional families“ Ms Franklin said.

We are asking that all governments:

Immediately commission an inquiry by the ACCC, using powers it already has, to investigate whether the unconventional gas industry have engaged in unconscionable conduct in their dealings with landholders.