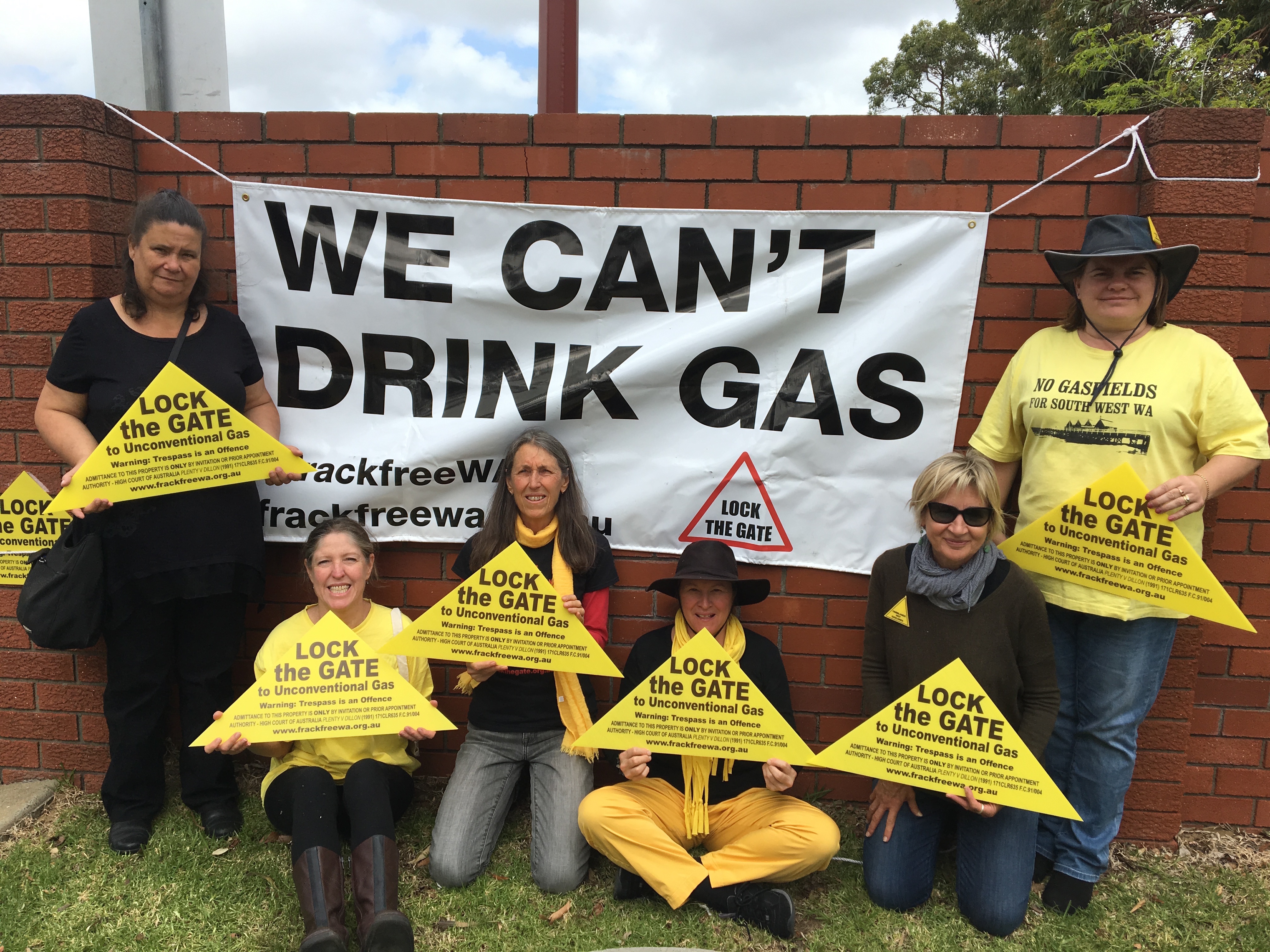 The rally and march is being organised by the Gasfield Free South West Alliance, a group representing hundreds of people in communities throughout the south west who are concerned at the threats to land, water and health posed by the development of gasfields.

Co-convenor of the Alliance, Boyanup landholder Kathy Thomson said communities wanted to make sure the Premier and Cabinet were aware that gasfields were not wanted nor needed in the south west and that the company granted the rights to explore in the region did not have a social licence to operate.

“We have three communities covered by this licence who have already declared themselves gasfield free. Stirling, Stratham and my own community of North Boyanup have spoken to almost every single resident in their communities before making a declaration that we want to remain Gasfield Free,” Ms Thomson said.

“The government is not listening to the will of the people and clearly has not heard the call that gasfields are not wanted here. We will be marching and rallying to the Cabinet’s public meeting on Sunday to let Mr McGowan know that our message is a clear “No Thanks” to gasfields in this region.”

A spokesperson for Lock the Gate in WA Jane Hammond said and the south west had been recognised by the government for its valuable agricultural and tourism industries with the provision of fracking bans covering the area and yet the government had just granted another gas exploration licence over the region.

“The government has yet to even put the fracking bans into an Act of parliament and meanwhile is giving away another sensitive and valuable area to the gas industry,” Ms Hammond said.

“A report released just this week showed that the economic values of unconventional gas mining in the Northern Territory would be negligible compared to the threats to water, health and other industries.

“We think the same can be said of the south west. This area should remain a no-go zone for fracking and all forms of gasfield development. The region’s existing industries and precious water resources should not be put at risk for the questionable economic gains of a short-term and risky gas industry.”

DETAILS: Sunday November 5, 2017. March & rally from the Bunbury Regional Entertainment Centre to Community Cabinet Public Meeting at the Sailing Club. Meet 2pm at the BREC carpark. This is a peaceful family friendly protest. Participants are encouraged to wear yellow and black.