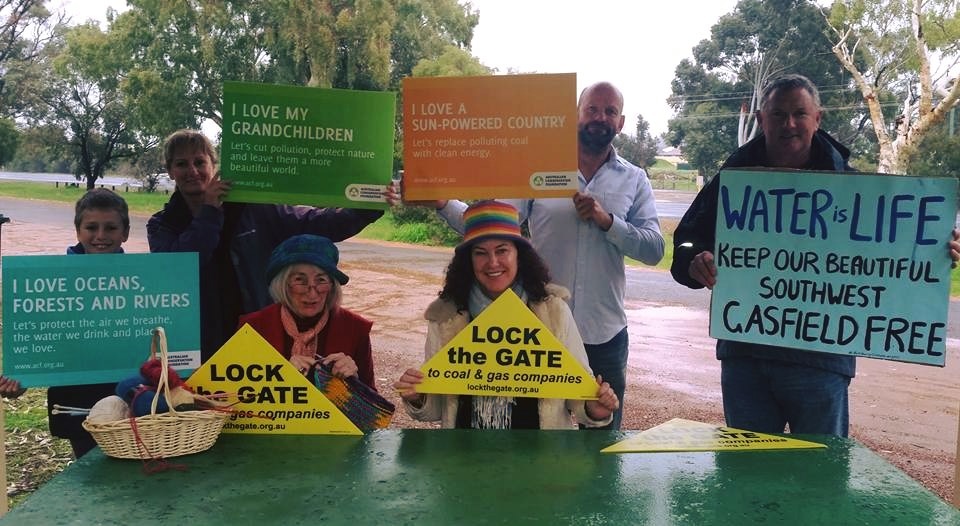 JUNE 14, 2016: Local landholders and residents, Climate Angels, Knitting Nanas and other concerned citizens will take to our highways on June 25 in the biggest roadside protest ever seen.

The Bunbury group will gather on Bussell Highway near the Bunbury Bypass rest stop (between the roundabout and Thommos community garden) at around 10am on Saturday June 25.

Other events are taking place in the Perth metropolitan area, the Mid west and the Kimberley.

The WA groups will join hundreds of other regional and metropolitan groups around the nation in a national action aimed at highlighting the risk to water from coal and unconventional gas mining. The protest actions will link groups across Australia along thousands of kilometers of the nation’s highways.

The National Highway Action is being organized by Lock the Gate's Water4Life campaign.

Jodi Larke from Gasfield free South West WA, the group organizing the Bunbury event, said the local action was aimed at highlighting the gas industry’s current moves to start exploration and possibly mining in the south west of WA.

“Right now we have a foreign owned gas company seeking a permit to explore for gas in parts of the local government areas of Bunbury, Busselton, Capel, Dardanup and Donnybrook-Balingup shires,” Ms Larke said.

“We are concerned that the unconventional gas industry poses a significant risk to our water resources, including depletion and contamination, which could have adverse impacts on the health of the residents and the biodiversity of the region.

“Unconventional gas extraction methods including hydraulic fracturing and horizontal drilling may be used to get the gas out of this area posing a real threat to our underground water supplies.

“In 2004 experimental fracking using diesel oil as a fracking fluid was carried  out in the Whicher Range between Busselton and Margaret River. More than 500,000 litres  diesel remains trapped down a now closed fracking well.

“Our vibrant agricultural industries are dependent on good clean water so why would we risk contaminating our water supply for a short term invasive and polluting industry?

“The unconventional gas industry does not have a social licence to operate in the south west. Our future lies in clean renewable energy and in our agricultural and tourism industries.”