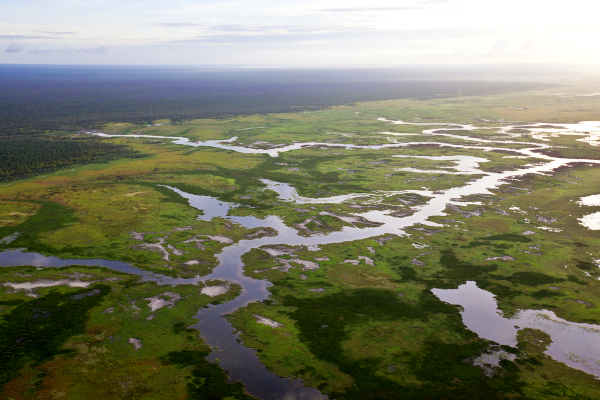 The iconic Kimberley region has been identified as one of the most prospective regions in the world for shale gas and tight sands gas production, with an estimated 438 trillion cubic feet of gas within the onshore Canning Basin.

Although still at the early exploration stage, tens of thousands of wells could be drilled in the area if the industry goes to full production, changing the stunning Kimberley landscape forever.

The Kimberley has some of the largest intact natural landscapes left in the world.

It is also a culturally rich region, home to a living Aboriginal culture that is many tens of thousands of years old where Traditional Owners have a strong connection to Country. First Nations peoples’ rights, interests in, and knowledge about the land and waters are critical to the region’s future.

The National Heritage-listed Fitzroy River, with its outstanding cultural values, supports a huge array of wildlife including the critically endangered Freshwater Sawfish and 18 species of fish found nowhere else in the world.

The eucalypt woodland and tall grassland that covers the region and most of northern Australia are the world’s most extensive intact tropical savannahs. The vast Kimberley coast and seas are recognised as being amongst the most intact marine areas in the world.

Yet the Kimberley is under serious threat of industrialisation by the oil and gas industry, keen to exploit the region’s vast fossil fuel reserves despite the impact this will have on the fragile and unique environment and its people. The Kimberley’s annual wet season makes drilling operations and managing wastewater ponds even more risky here than in other parts of Australia. At the same time the expansion of this industry displaces and undermines more sustainable industries such as ranger programs, tourism and renewable energy that could support the region in the long term.

Following immense public pressure, the WA Government banned fracking in parts of WA but left open swathes of land across the state’s agricultural and Kimberley regions for fracking oil and gas fields.

To date, only three wells have been fracked in the Kimberley but already significant issues have occurred. Community members found Buru Energy’s Yulleroo 2 well was leaking greenhouse gases. It was later revealed that this well hadn’t been inspected by any government department for seven years, from when it was drilled until the second leak was reported in 2015. At the Asgard well site near the Fitzroy River, wastewater from the well was found to be radioactive.

Companies are now ramping up to exploit the vast oil and gas reserves under the Kimberley. Gas licences cover large parts of the region with a number of companies involved including Origin Energy, Buru Energy, Theia Energy and Bennett Resources, a subsidiary of Texan frackers Black Mountain Energy.

Black Mountain Energy currently has a proposal for 20 exploration frack wells being assessed by the EPA. The proposal titled ‘Valhalla’, under the company’s subsidiary Bennett Resources, would be just the start as they plan to exploit the significant unconventional gas resources in the region. Their long term goal for gas extraction if achieved could see an estimated 2,000 wells drilled in the Kimberley.

The company has recently updated their Valhalla proposal, they state significant increases to their initial estimations. Water use is expected to increase by more than double, from 40 ML, now up to 100 ML per well (over 40 olympic size swimming pools). Hydraulic fracture stimulation (HFS) intervals are up from 50 to 70 per horizontal well, this is a large contributor to the increase in water use, and with more water use and fracks comes more chemical use and truck movements.

The WA Government has said it will grant Black Mountain an exemption from the State's own policy prohibiting the export of onshore gas. Keep in mind, the WA Government's fracking inquiry only considered a small scale domestic market for fracking, not an expansive export scale industry.

Black Mountain is now looking at piping gas from their lease area in the West Kimberley to the Pilbara. Such a pipeline would likely cost around $1.5 billion dollars to build. To justify such an expense thousands of gas-fracking wells would be required.

The iconic Kimberley would be turned into an industrialised landscape, pockmarked by toxic frack wells, wastewater ponds, pipelines and other oil and gas infrastructure.

Another company planning to frack in the Kimberley, Theia Energy, has likened the geological formation of the region to Eagle Ford Shale in Texas where over 24,000 wells have been drilled and fracked.

Meanwhile, Buru Energy, with partners Origin Energy and Rey Resources, continue to expand oil drilling operations. Buru Energy’s harmful impacts on the region include clearing 14,000kms for seismic lines to search for oil and gas since 2009, much of it world-renowned tropical savannah - stretched end-to-end, this would be roughly equivalent in length to the distance between Perth and London.

Check out this map to see which companies have petroleum leases in the Kimberley’s Canning Basin and where.

If this industry can’t be safely managed with just a few wells, the impact of tens of thousands of wells would be catastrophic for this iconic region. Although the WA Government has committed to some safeguards including veto rights for Traditional Owners and freeholders, these protections are yet to be enacted.

Now more than ever, your support is needed to join Traditional Owners and the communities of the Kimberley speaking out to help stop oil and gas companies industrialising this iconic region and to keep the Kimberley frack free. 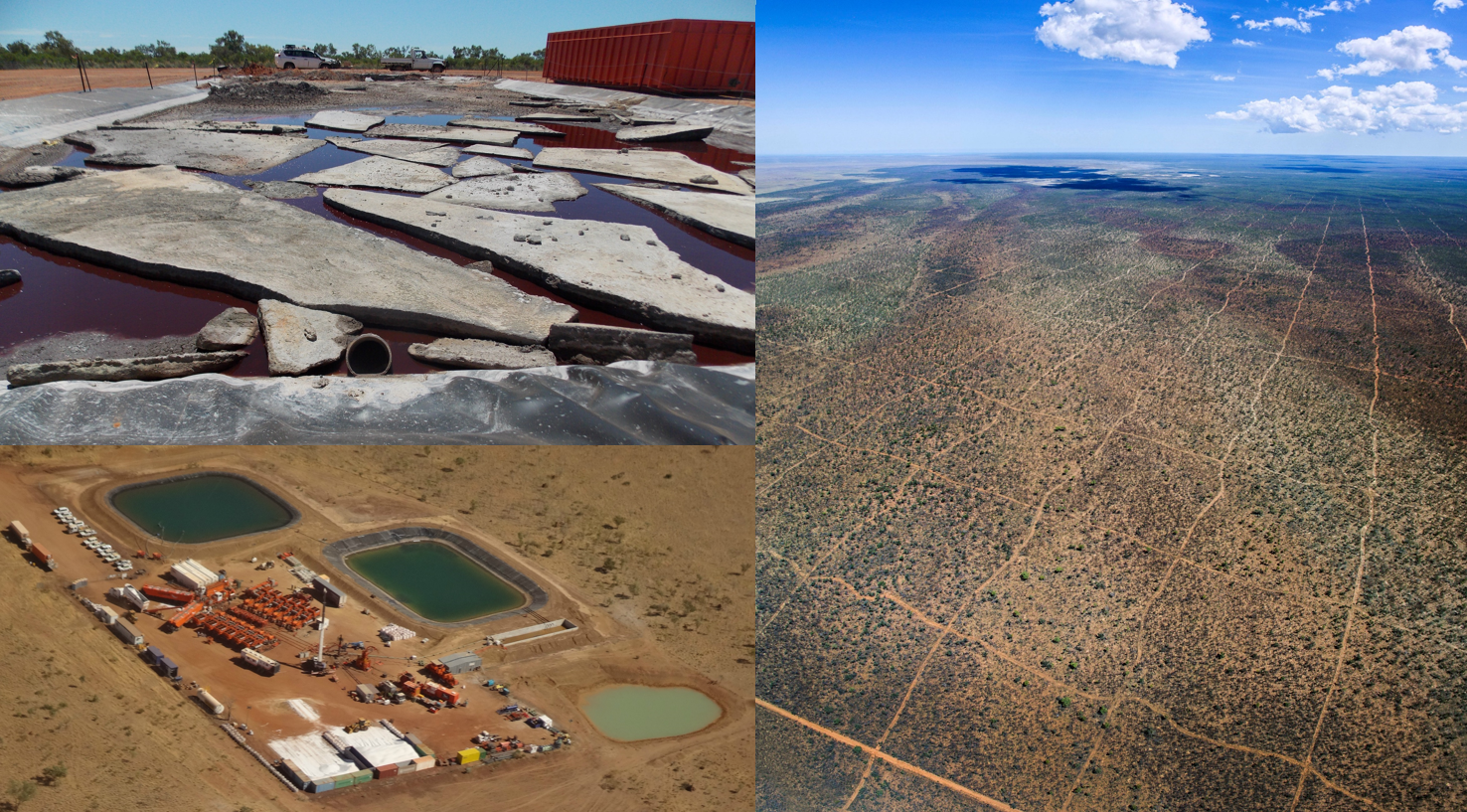