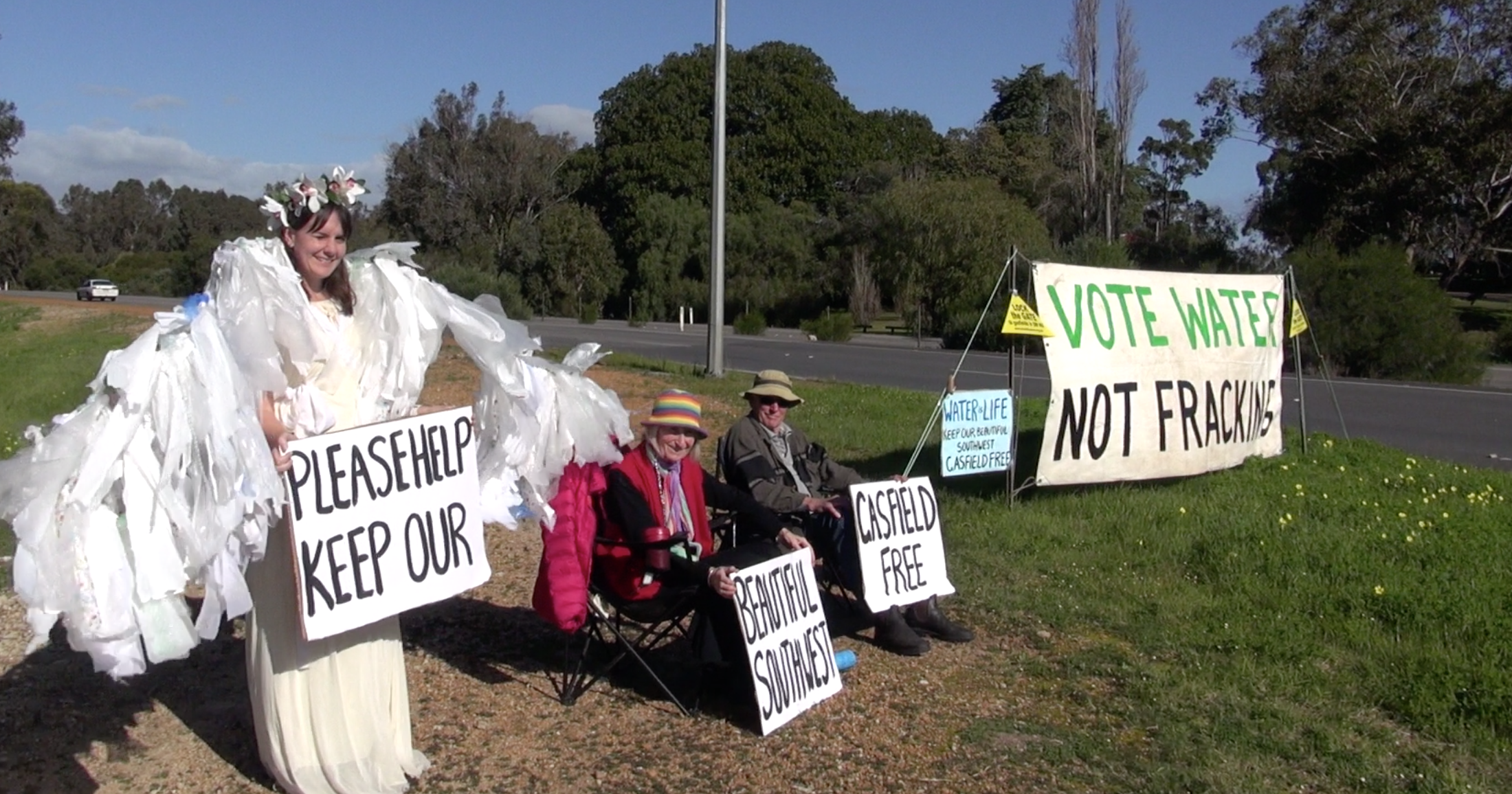 JULY 11, 2016: Lock the Gate Alliance and Gasfield Free South West have congratulated two Labor MPs who have come out in support of a ban on fracking in WA’s south west.

The calls follow last month’s National Highway Action organized by Lock the Gate that saw residents in the south west turn out in big numbers to call for an end to gas exploration in the region.

Gasfield Free South West spokesperson Carly Stone said the fracking ban was a good start but residents across the South West wanted a complete no go zone for industrial gasfields to ensure that the South West’s agriculture and tourism industries were not damaged and the health of communities protected.

“This is a welcome move from our two local MP’s and we look forward to the state Labor Party taking up this ban as part of their election platform,” Ms Stone said.

“It is a sign of the strength of community concern in the south west that some of our MPs are starting to listen and we urge Nationals and Liberal representatives to do likewise.”

Lock the Gate WA Coordinator Boudicca Cerese said the move should stand as a warning to all political parties in the run up to the state election that fracking and unconventional gas exploration had become a major issue across the state.

“Marginal seats such as Collie-Preston in the South West will be hotly contested in the March 2017 poll and the various party’s positions on fracking and unconventional gas activities now look likely to play a significant role in election outcomes,” Ms Cerese said.

“In the South West and Mid-West there is mounting pressure on Terry Redman and the Nationals from farmers and landholders who are demanding proper protections for important water resources and the right to veto gas operations on their land.

“WA’s regional communities are demanding action from all political parties to protect our important rural industries and vital water resources and will be looking for solid commitments in the lead up to election.”