The council has issued a community statement acknowledging that 96.1 per cent of the shire wants to remain gasfield free. 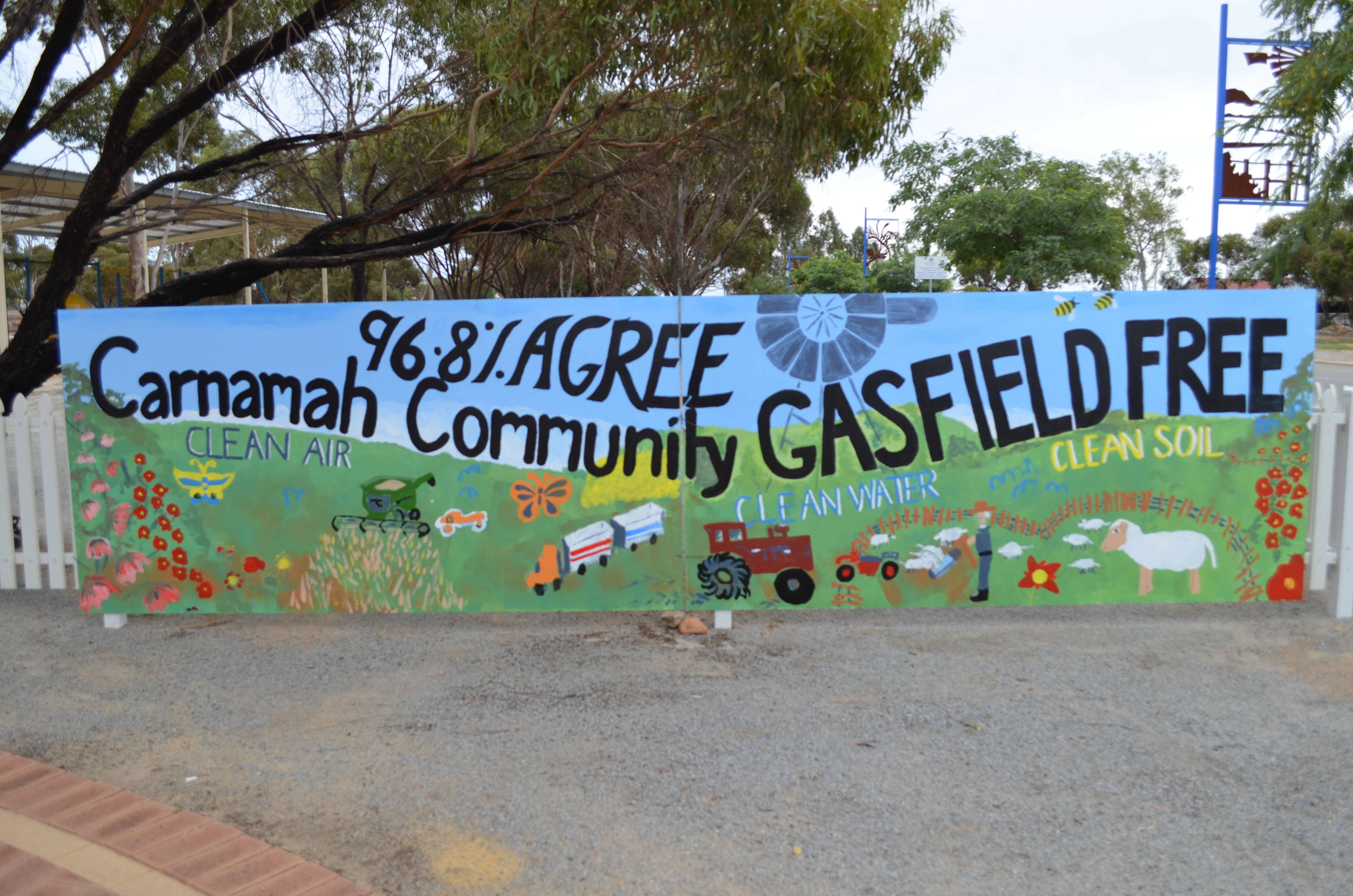 It has set out a stringent set of guidelines that companies must comply with before fracking exploration or development gets shire approval including that fracking companies must provide guarantees that they will pay compensation and remediation for any damage to groundwater, land or public health.

Alliance coordinator Jo Franklin said the council’s statement demonstrated the strength of opposition to fracking by the people of Carnamah.

“Carnamah council has accepted the will of the people in opposing fracking in the shire and is standing up for the health and sustainability of the region.

“It has put people, community, groundwater and farming before the short-term interests of the fracking companies.

“The council’s statement is a credit to the hard work of the local people of Eneabba and Carnamah through the grassroots community groups POWER and the Carnamah Action Group who have spent the past four years researching the pros and cons of fracking.

“It is a landmark statement that will likely be followed by many councils across WA.

“Carnamah joins more than 60 councils around Australia who have taken a stand against fracking.

“The statement is backed by the council’s policy on Petroleum, Mining and Extractive Industries which states that fracking companies must accept a “presumption of liability” for any groundwater contamination identified in the vicinity of the project.

“Before any fracking takes place in the shire the companies involved have to prove the fracking project has broad community support and that it will have a zero impact on groundwater.

“Communities in Carnamah were among the first in WA to declare themselves Gasfield Free and that precedent has now been extended to the entire shire.”

Ms Franklin said the fracking industry did not have a social licence to operate in the Mid West and a growing number of communities were standing up against the push by the fracking companies to gain a foothold in the area.

“The councilors of Carnamah will be remembered in the history books for their courageous stand against the power and influence of the fracking industry.”