WEDNESDAY, MARCH 8, 2017: Copies of two West Australian produced documentaries on fracking have been sent to 100 political candidates in marginal seats across WA in an 11th hour bid to ensure the issue remains high on the political agenda. 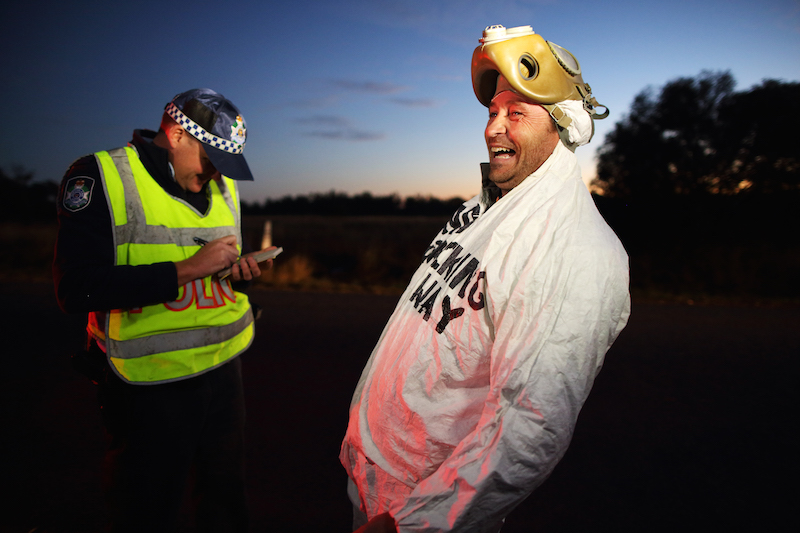 The mail out was initiated by Margaret River filmmaker Richard Todd who has weighed into the fracking debate in WA following the release of his acclaimed documentary Frackman.

Todd said his aim was to make sure every political candidate in a marginal seat was aware of fracking and what it might mean to the future of land, water and health in WA.

“This is an issue of extreme importance to people in regional WA who are on the front line battling the relentless march of the fracking industry,” Todd said.

“I felt it was important that political candidates of all colours were kept informed of this issue and what it means to traditional owners, farmers and other residents across the state.

“As I filmmaker I figured the best way to speak directly to the candidates in the marginals was through the medium of film. I want them to see, hear and feel the current and potential impact of fracking and other forms of unconventional gas extraction on the lives of those they plan to represent.”

Frackman is a character driven documentary that follows a five-year battle against the coal seam gas industry in Queensland by accidental activist Dayne Pratzky.

Fremantle based filmmaker Jane Hammond’s 25-minute documentary A Fractured State has been sent to the candidates along with Todd’s Frackman.

A Fractured State looks at the issue of fracking and unconventional gas from the Kimberley to the south west and gives voice to people fighting to protect their water and way of life.

The film is being screened in town halls and sports clubs across regional WA as part of the Lock the Gate campaign.

Hammond who now works as a campaigner for Lock the Gate made the film last year as part of a Masters degree she completed at the WA Screen Academy.

“Regional Western Australians are facing up to the threat of unconventional gas in their communities and are fighting back by declaring their areas off limits to the industry through Gasfield Free community declarations,” Hammond said.

“This is a powerful and united grassroots movement that is crossing traditional political boundaries. All political parties need to sit up and listen to the voices of the people who are saying they don't want fracking or any form of unconventional gas in their communities, water catchment areas, productive farmland, or other significant areas.”