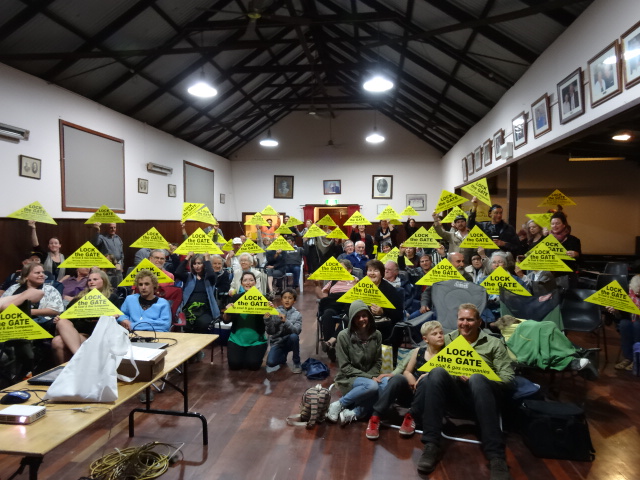 The rights of farmers and other landholders across the Southwest look likely to be disregarded by a company seeking to access land between Bunbury & Busselton.

Carly Stone, spokesperson for the online residential group "Gas Free Southwest WA" said the company had briefed local councils recently, and councillors had reported that the company indicated it would not tolerate landholders refusing access to their properties.

"The gas company has indicated to local councils that it expects the exploration license to be approved mid 2016, with private land being accessed in approximately 2 years time", Ms Stone said.

The company also confirmed that the geology results of the seismic survey will dictate the extraction method, so it is not yet clear whether fracking will occur until the exploration has been carried out.

The most concerning point was regarding private land access. The company stated that it will not take "no" for an answer and will return as many times as is needed, essentially forcing access upon property owners.

"Our local landowners and farmers are hardworking people and they should be treated with respect, not losing their rights to their own land and water.

"Many throughout the Southwest have been voicing their concerns and are being branded as scaremongering environmental activists as a result.

"There are no legal rights for landowners to veto gas operations on their properties. This proposal could see many Southwest landowners dragged through court.

"This is not just an environmental issue. Basic human rights such as health, clean water and clean air could all be jeopardised if the Southwest community allows it to proceed. Gas is in oversupply in WA. Water is not".