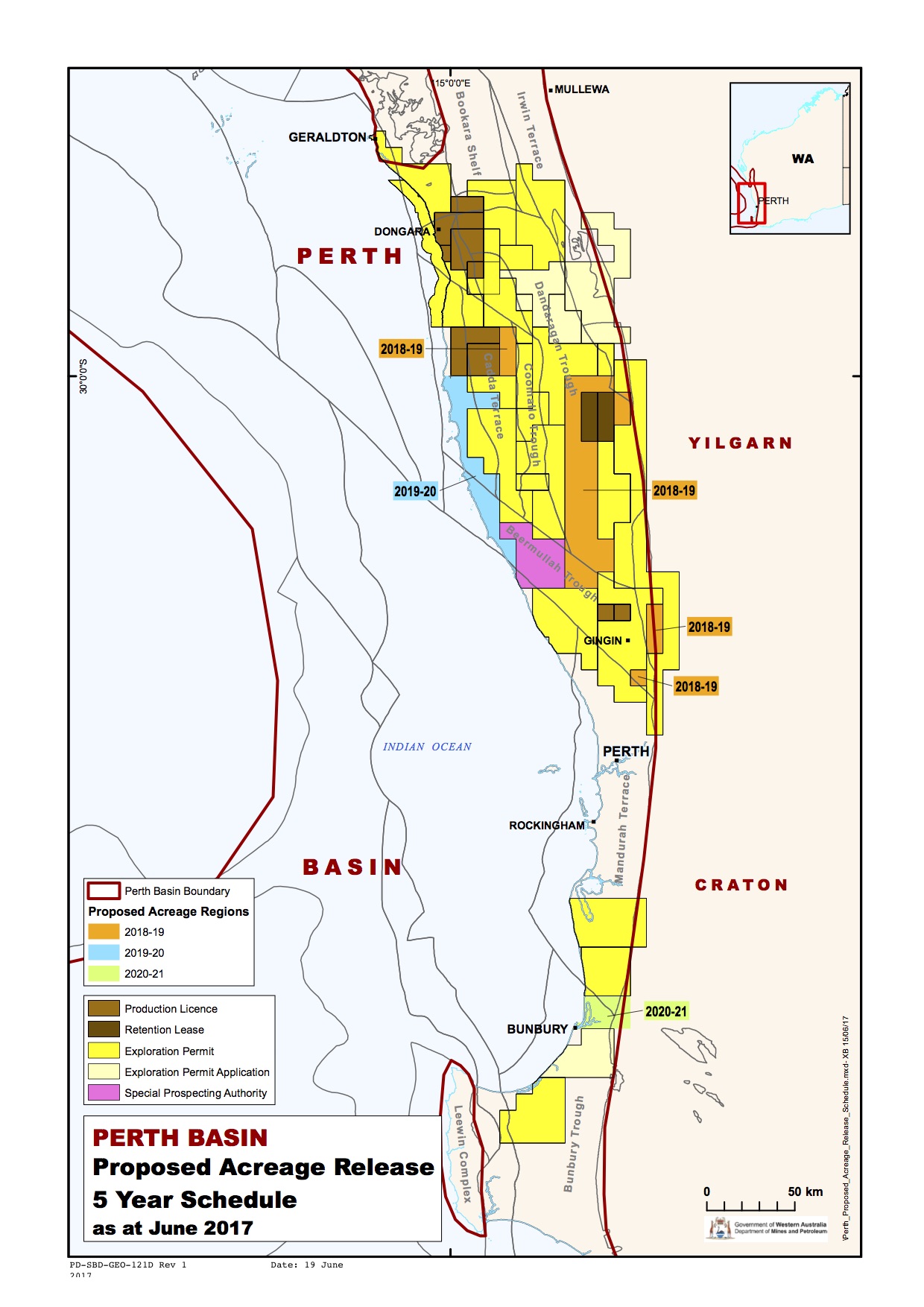 FRIDAY, JUNE 23, 2017:  Landholders across WA have expressed alarm at plans by the WA Government to offer thousands of kilometres of additional land to the gas industry for exploration despite an election promise for a moratorium on fracking and a thorough inquiry into the industry.

The Government yesterday released maps showing new areas that it would offer up to the oil and gas industry for exploration and mining over the next five years.

A spokesperson for Lock the Gate in WA Jane Hammond said the plans to release even more farmland, Indigenous land and environmentally sensitive areas to the unconventional gas industry was a slap in the face to voters in WA, coming as it does before Labor have implemented the election promises they made.

“Labor went to the polls with a promise to ban fracking in the south west, Peel and Metro areas, a moratorium on fracking and a thorough inquiry into the unconventional gas industry, but so far we have seen nothing but kowtowing to the gas industry,” Ms Hammond said.

“This new map offering up even more land for gas leases means that landholders now have the threat of their land being turned into a gasfield hanging over them years before the gas miners even take up the leases or turn the first sod.

“Landholders have no right to say no to this industry, a situation that creates a great deal of stress and pushes down the value of productive farmland. It is fundamentally unfair.”

Brunswick farmer Judyth Salom said her community, which had declared itself gasfield free in October last year now faced the possibility of another gas lease threatening farms and water in the area.

“We had thought that our community would remain gasfield free as the company holding a lease over the area withdrew from Brunswick when we took their social licence to operate away by declaring ourselves off limits to the industry through our Gasfield Free Community declaration,” Ms Salom said.

“The new Labor Government has chosen to ignore the will of the people and offer our land up for grabs to the onshore gas industry, as part of these new mapped release areas.

“The people of the region voted Labor into office on the back of promises to ban fracking and we now feel like we are being betrayed.

“On Saturday July 8 we will be taking to the highways to protest at Labor’s lack of action on its fracking promises and its decision to hand over access to even more of our land to this risky industry.”

Swan Valley farmer Anne Gething said the government appeared to be colouring in a map of the Mid West with almost all land in a 50-100km wide coast strip running north from the Swan Valley to Geraldton now earmarked for gas exploration and mining.

“Farmers changed their votes to support Labor on the back of promises for a moratorium on fracking and a thorough inquiry into the industry, but here we are just 100 days into the new government and instead of a moratorium we have our farmland being marked out for the gas industry through this insensitive decision. It is an absolute outrage” she said.