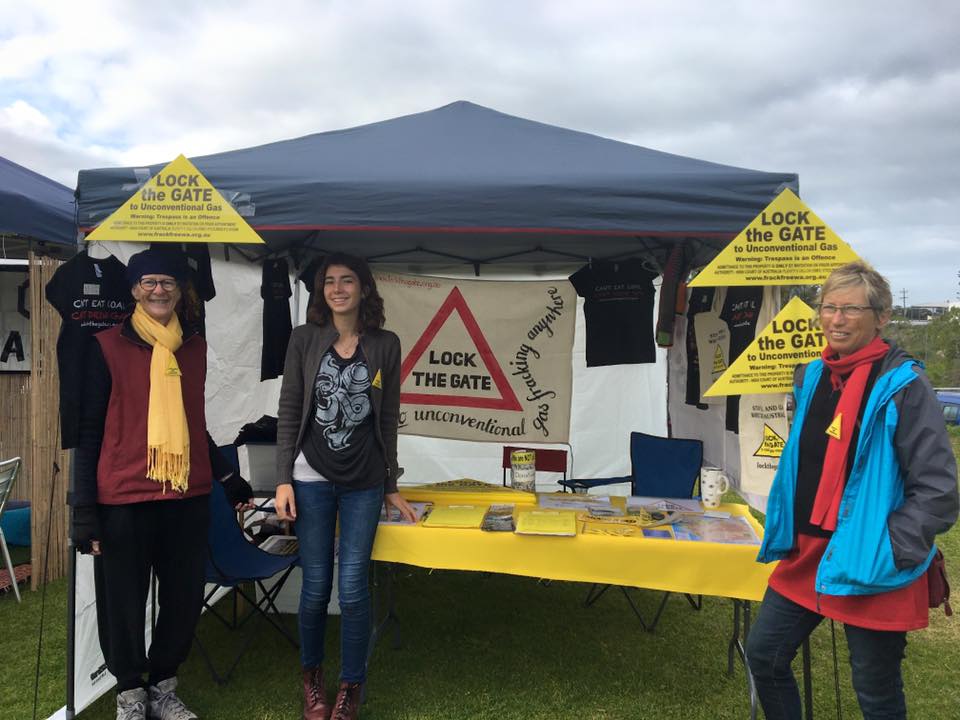 TUESDAY, OCTOBER 31, 2017: A formal petition calling for a broadening of the scope of the WA fracking inquiry, signed by more than 650 people, will be tabled in the WA State Parliament today.

The tabling coincides with an announcement by the inquiry indicating that it has already decided what it will examine and when.

The petition organised by the Lock the Gate Alliance and the Gasfield Free Metro Action Group will be tabled by Greens MLC Robin Chapple at 2pm. It calls for the Inquiry’s terms of reference to be open for public submission for no less than 10 days.

A spokesperson for Lock the Gate in WA, Jane Hammond, said if the inquiry was limited in what impacts from fracking it would examine then it would be limited as to what it could find.

“Communities across WA are calling for a broadening of the terms of reference for the fracking inquiry. It must look into all aspects of the fracking industry in WA, including its impact on existing industries like farming and tourism,” Ms Hammond said.

“So far the inquiry will look at a very limited set of criteria for fracking in WA and will ignore the impact on people’s lives and livelihoods of this risky and unwanted industry.

“This comes at a time when the government is already under pressure to send great quantities of WA’s gas to the east coast via a proposed $5 billion transnational gas pipeline.

“Communities are already reeling from the government’s granting a new gas lease over our precious agricultural areas in the south west despite a so-called fracking ban.

“It is unacceptable to have a fracking inquiry that will deliver a finding based on an examination of just some of the impacts of the fracking industry and not the whole picture.”

A spokesperson for the Fremantle based Gasfield Free Metro Action Group, Nell Thayne, said the 650 plus petitions were collected over a few weekends at markets and a regional show.

“The response we received to this petition was overwhelming. People in the metro and regional areas clearly want the strongest fracking inquiry they can get and are not happy with the current very limited terms of reference.

“We are paying a lot for this inquiry so let’s make it as comprehensive and through as possible. Let’s make sure that it looks at all the impacts of going down a non-returnable fracking path in WA.”

Wording of the petition follows:

To the President and Members of the Legislative Council of the Parliament of Western Australia in Parliament assembled.

We the undersigned residents of Western Australia call on the State Government to open the terms of reference for the WA Fracking Inquiry to public submission for a period of no less than 10 days. We make this call in order to ensure that the inquiry covers all matters of public interest, is fair, open and comprehensive.

Your petitioners therefore respectfully request the Legislative Council to support this call. And your petitioners as in duty bound, will ever pray."