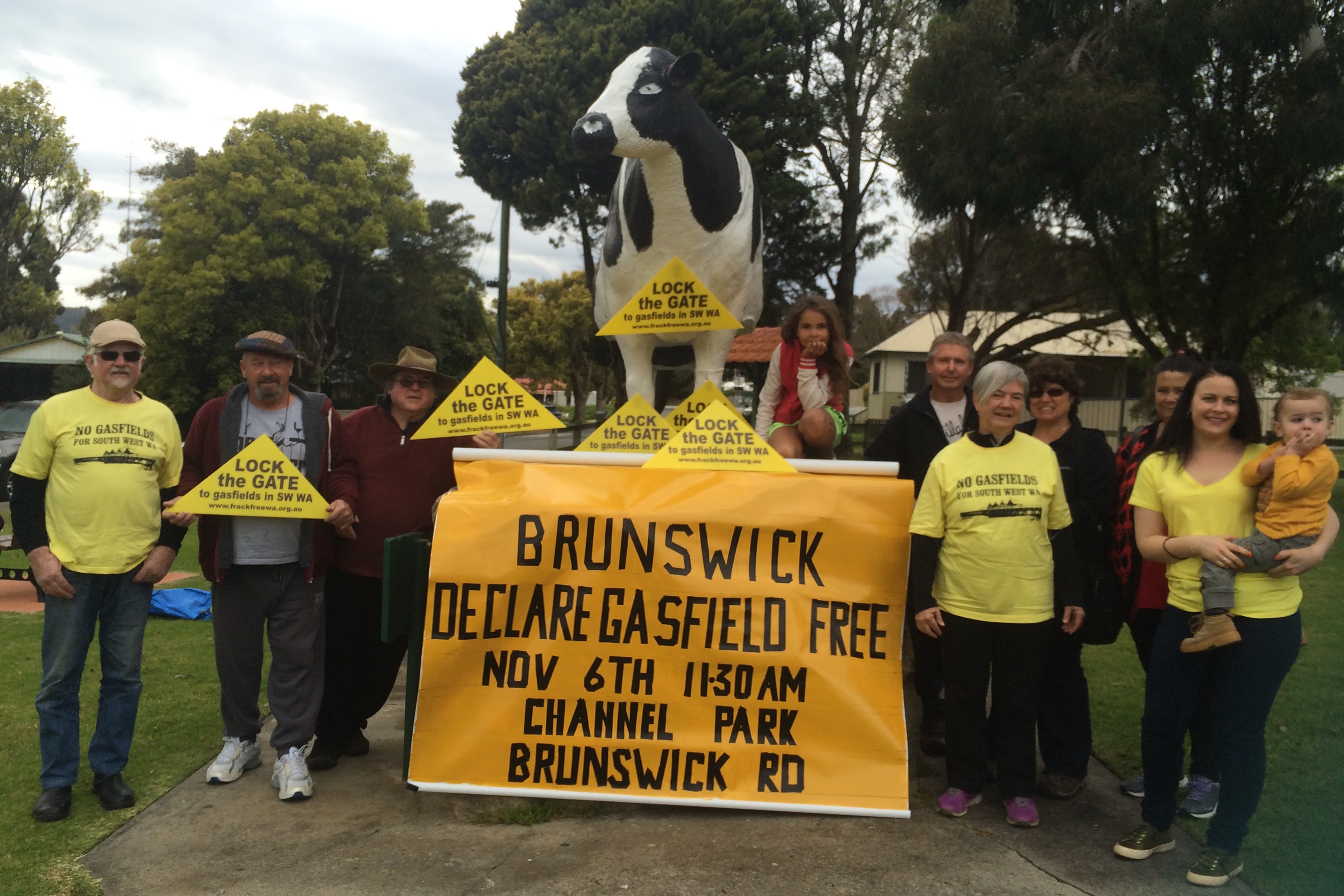 OCTOBER 4, 2016: The community of Brunswick Junction will declare itself Gasfield Free at a special event on Sunday November 6 in Channel Park, beginning at 11.30am.

Part of Brunswick is included in a gas exploration permit area covering more than 620 sqkm of the south west.

The permit held by Pilot Energy and Empire Oil was renewed last month for another five years.

Organiser of the survey, beef cattle farmer Judyth Salom from the Gasfield Free Brunswick group said the results showed that the gas companies did not have a social licence to explore or drill in Brunswick.

“We surveyed as many residents as we could and when we found people where not home we would return up to three times in order to get their views on the declaration,” Ms Salmon said.

“Brunswick is a rural community based on dairy farming, beef cattle and other intensive agricultural industries. We do not need or want a gas industry coming into our region and turning our landscape into an industrialised gasfield.

“The people of Brunswick have indicated loud and clear that gas mining, especially unconventional gas mining and fracking, is totally inappropriate in this region.

“We rely on clean air and water to produce the dairy products and other produce needed by people across WA and beyond. To put those industries at risk for a short term invasive and polluting gas industry seems idiotic in the extreme.

“We are the third community in the south west to declare itself gasfield free and we join more than 400 communities around the nation who have made a similar declaration.”