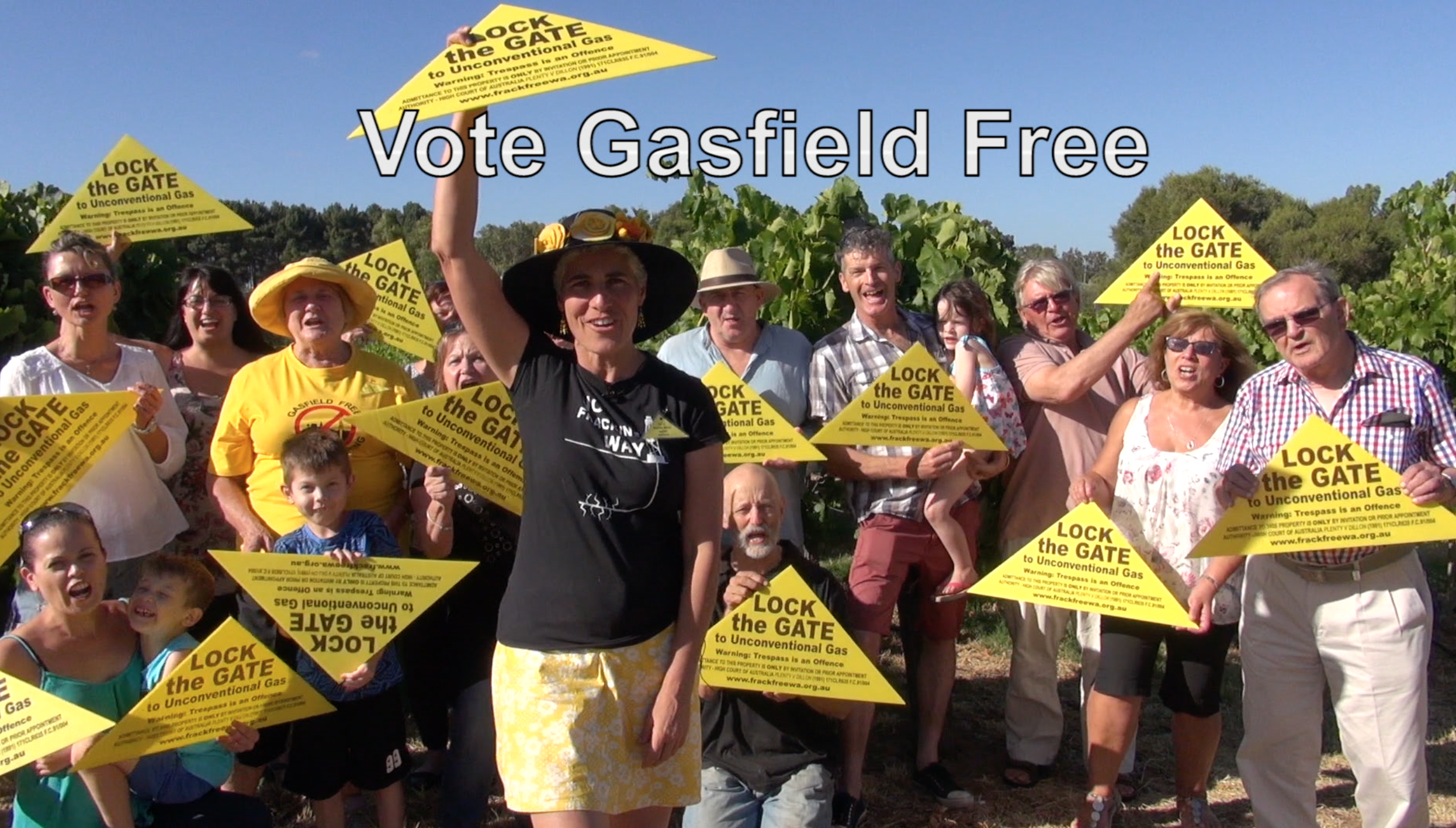 FRIDAY FEBRUARY 10, 2017: The Lock the Gate Alliance has launched an advertising campaign on regional television for the state election.

The 30-second ads will air throughout February and give voice to communities across regional WA battling a major push by the unconventional gas industry to gain a foothold in the state’s farmland, important water resources, culturally significant areas and national parks.

Spokesperson for Lock the Gate in WA Jane Hammond said the ads were designed to highlight the issue of fracking and other forms of unconventional gas extraction in WA as a key election issue.

“Across regional WA we are seeing a push by the unconventional gas industry to gain access to land against the wishes of landholders, traditional owners and communities,” Ms Hammond said.

“If the unconventional gas industry is allowed to proceed unchecked then we could see thousands of fracking and other risky gas wells developed across WA.

“From the south west to the Kimberley we are seeing the unconventional gas industry moving to explore and mine on productive farmland, precious water catchment areas and culturally significant lands. In the Mid West it is ground zero for the fracking industry despite local opposition and the risk to water resources.

“Already we have seen fracking cause legacy issues in places like the Whicher Range near Margaret River where diesel was used as a fracking fluid in 2004 and more than 500,000 litres of the diesel waste is still trapped down a failed well in a priority one water catchment area.

“With a state poll on March 11, now is the time to ensure political parties of all colours are listening to the will of the people and act to put the brakes on this invasive and dangerous industry.”

There are currently three states in Australia that have some form of a moratorium on unconventional gas activities – Victoria, Tasmania and the Northern Territory – and Lock the Gate is calling for Western Australia to join them.

“This election we can make a difference and make sure that WA is protected from this invasive industry.  We're calling on all political parties to make a commitment to protect WA from risky unconventional gas drilling with a state-wide moratorium.”

Lock the Gate works with dozens of communities across the state who are calling for a moratorium on all unconventional gas activities; no-go zones for gas exploration and mining in culturally or naturally significant areas, water catchments and productive farmlands; the right of landholders and traditional owners to say no to gas exploration or mining on their lands; and exclusion zones for fracking and other forms of unconventional gas activities over towns and residential areas.