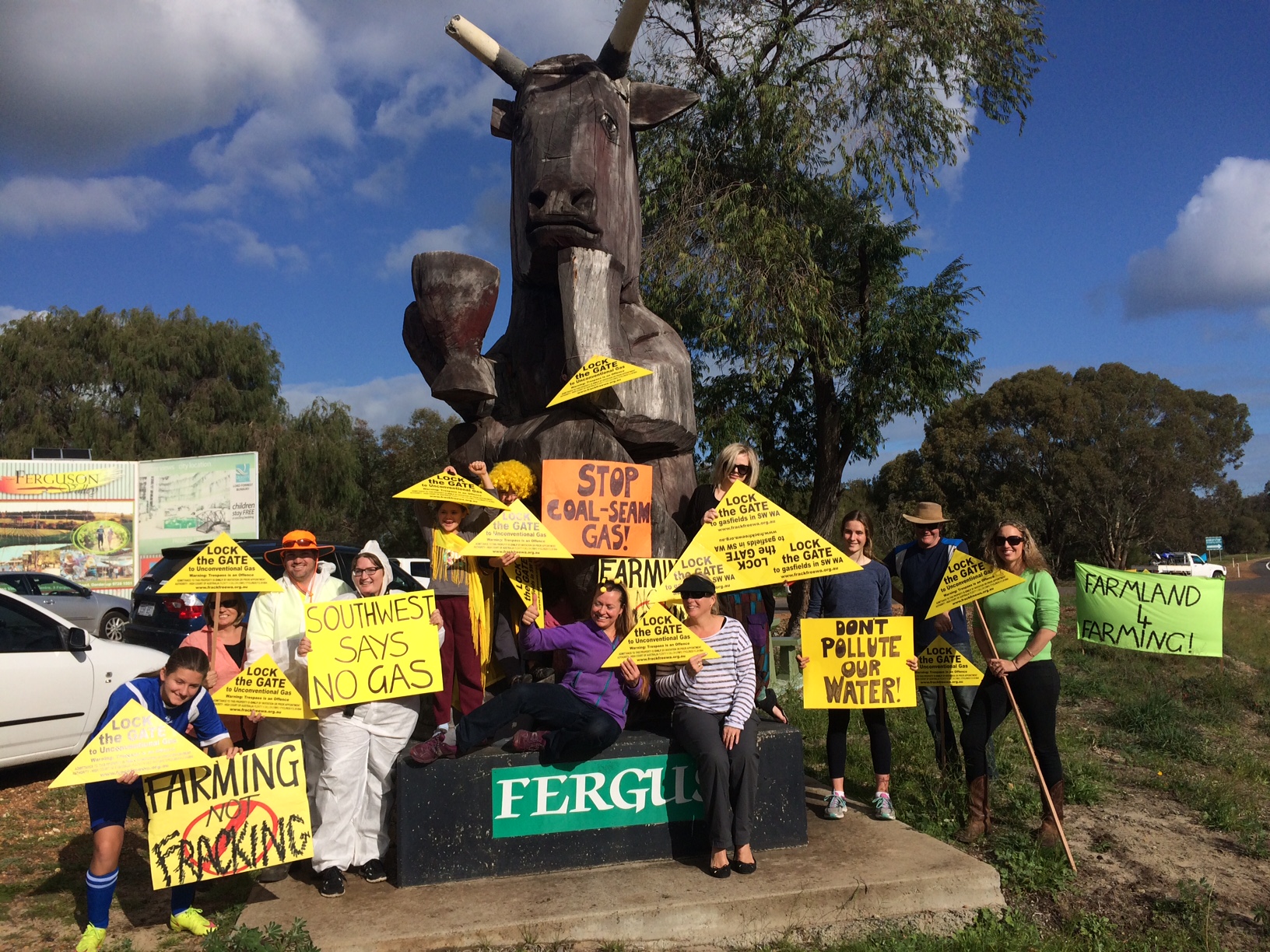 JUNE 30, 2016: Community groups in South West WA have expressed concern about the latest round of deceptive information provided to the public by the Department of Mines and Petroleum in a recently published “Open Letter to the Community”, which aims to counter the so-called ‘confusion’ around the issue of gas extraction in the region.

Gas Free South West rejects claims made by the Department that there is no need for community concern and continues to demand that the WA Government abandon its plans to industrialise the South West with gasfields, thereby placing communities and existing industries at risk.

“This latest round of pro-industry spin from the DMP insults the intelligence and integrity of residents in the South West who have had to become extremely well informed about potential issues with gas developments in our region because it is our lives that will be impacted by it,” said Gas Free SW spokesperson Carly Stone.

“In the open letter, the DMP attempts to brand community efforts to raise awareness on this issue as misleading, then goes on to make a whole range of disingenuous claims of their own which only serve to further confuse the issue.”

The DMP notes that ‘Petroleum companies are legally required to obtain consent from private land owners and occupiers before approval to undertake any activities on their land is granted… A model land access agreement has been developed to streamline negotiations between oil and gas companies and farmers.’

“We are well aware that land access agreements exist and that a template for agreements has been drawn up. The issue is, these templates are voluntary, and the State Government rejected a recommendation from the Parliamentary Inquiry to put in place a statutory process to govern negotiations between gas companies and landowners that would have helped to strengthen landholder’s bargaining capacity.”

“What is of most concern to landholders in regards to land access for the gas industry, and the DMP does not bother to mention this deficit, is that they DO NOT have the right to veto gas operations on their land, but will ultimately be forced to allow companies who seek access onto their land under the current regulatory regime.”

The DMP further notes: ‘The technique of hydraulic fracture stimulation (fraccing) has also been promoted by some groups as a major risk to the environment and public health. This is being fuelled by images and examples related to coal seam gas (CSG) extraction in Queensland and overseas’.

“The claim that images and examples of ‘risk to the environment and health’ from overseas are related to ‘CSG extraction’ is blatantly incorrect and serves to further exacerbate community alarm and mistrust of a Department that is charged with both promoting and regulating gas development in WA,” said Ms. Stone.

“The rapidly growing body of peer reviewed scientific research from the US about the impacts of unconventional gas extraction largely relates to shale and tight gas development- the same types of gas found across the Perth Basin in WA’s South West and Mid-West regions (as noted on DMP’s website).”

“A recently published review of all peer-reviewed literature on unconventional gas has found that out of 685 published papers on this topic, ‘84% of public health studies indicate risks to public health, 69% of water studies show actual or potential water contamination and 87% of air quality studies indicate elevated air pollution’.”

“It is these risks that have prompted other countries such as France, Bulgaria, Germany and Scotland to ban fracking and this evidence that has prompted South West communities to get active in protecting our unique region.”

“Given these startling figures, it is simply not right for the DMP to continue to promote this industry as safe, nor is it fair for them to be portraying communities as misrepresenting the truth when it is us who are being forced to risk everything- our homes, our schools, our businesses, farms and vineyards.”