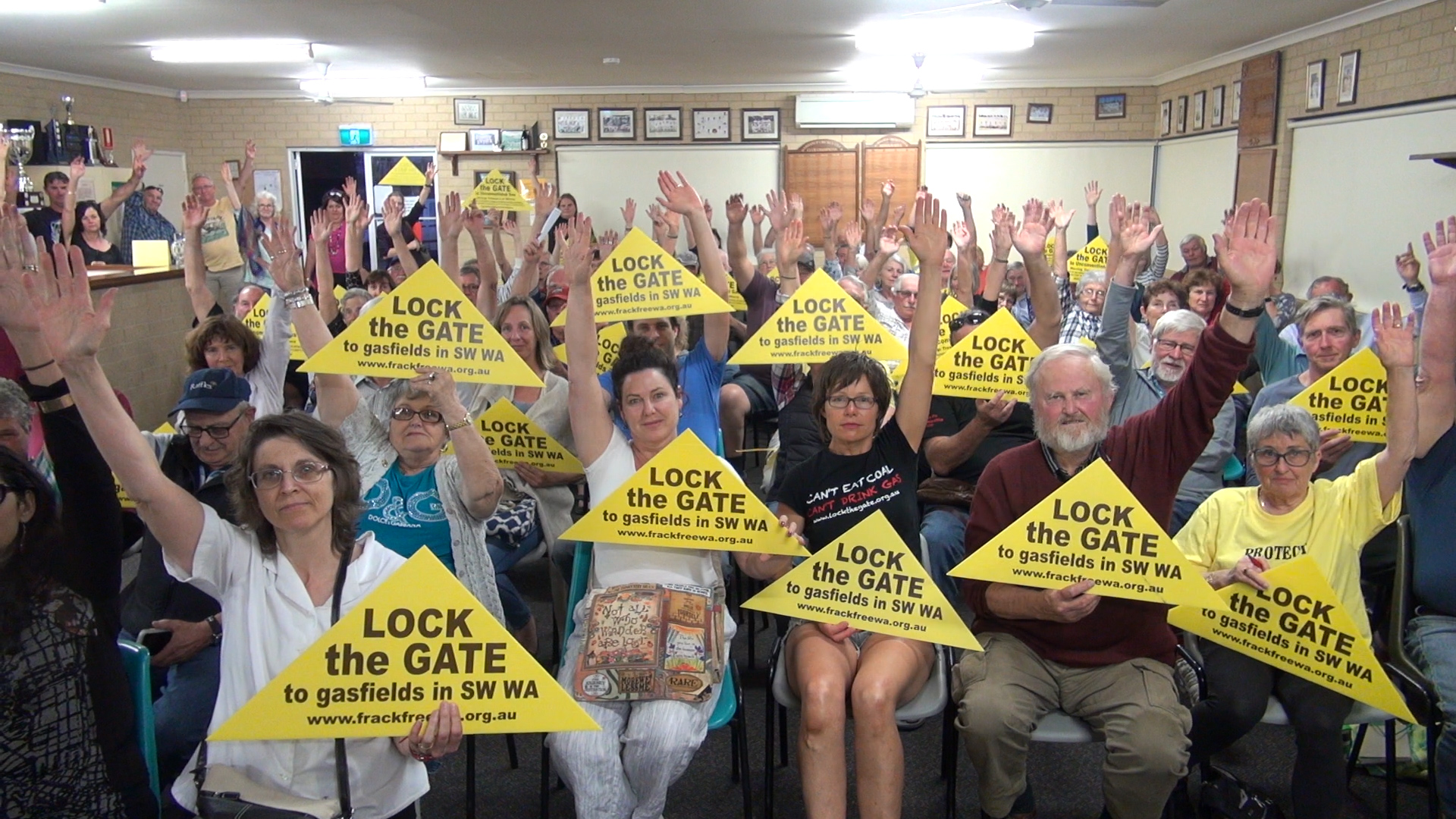 WEDNESDAY, NOVEMBER 22, 2017: More than 100 people turned out in Dardanup last night (Tuesday November 21) to call for an end to plans to develop gasfields in the South West of WA.

The meeting organised by the Gasfield Free South West Alliance and Lock the Gate followed the granting of a new gas lease last month, covering more than 660sqkm of the Bunbury area, to Sydney based company Bunbury Energy.

Co-convenor of the GFSWA Kathy Thomson said the turn-out was an impressive show of determination by the South West they wanted to remain gasfield free.

“The gas industry is not wanted nor needed in the South West,” Ms Thomson said.

“We have flourishing tourism and agricultural industries in the south west that would be put at risk by gasfields.

“Conventional or unconventional gas, the feeling in the South West is that we can’t afford to risk our health, our lifestyles and our existing businesses for a short-term gas industry that could damage our region’s water, air and reputation.

“No tourist is going to come and visit a gasfield and no tourist wants to eat food grown in an industrial area.”

South West coordinator for Lock the Gate in WA Jane Hammond said the meeting was a clear indication that the gas industry did not have a social licence to operate in the South West.

“People came from Donnybrook to Burekup, Capel to Kirup to attend the meeting and called for a Gasfield Free South West,” Ms Hammond said.

“The meeting heard concerns from local landholders that they were being placed under extreme stress because of the granting of a gas licence covering their properties.

“The feeling of the meeting was very strong that gasfields have no place in our South West.

“Local people want a different form of wealth to that offered by dirty gas mining. They want the wealth of clean air, clean food and a healthy environment. They want renewable energy not risky gasfields.”

Ms Thomson said the campaign against the gas industry was only just beginning and the people of the region would not stop until the South West was declared off limits to the onshore gas industry.