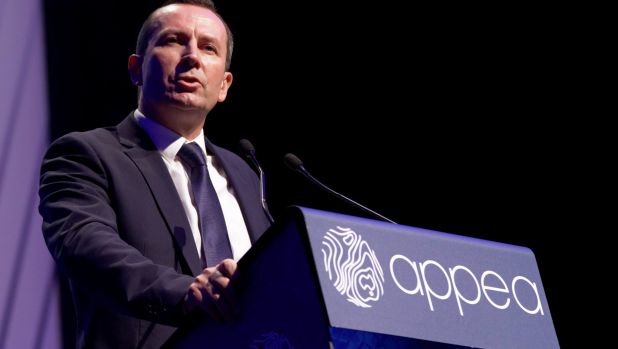 A spokesperson for Lock the Gate in WA, Jane Hammond, said the appointment of the director of external affairs for the peak oil and gas body APPEA, Kieran Murphy, to Premier Mark McGowan’s inner sanctum should sound alarm bells across the state.

“Premier Mark McGowan has chosen to appoint a senior APPEA external affairs and media director to advise him on strategy in the run up to his decision on whether or not to ban fracking in our state,” Ms Hammond said.

“Just this week Mr Murphy was listed as the contact for APPEA as it extolled the virtues of the Northern Territory’s greenlight to fracking in a media release that urged the WA Government and other states to lift their fracking moratoria.

“We have a fracking inquiry that is only just starting to digest the reams of scientific evidence presented to it by concerned scientists, community members and physicians and yet the Premier appoints the head of APPEA’s PR department to advise him.

“That at the very least, creates a perception that there may be a conflict of interest.

“The WA Fracking Inquiry received more than 10,000 public submissions with the majority opposing fracking and many calling for a permanent ban on the practice.

“There is a great deal of concern in the community about fracking with the latest science clearly demonstrating that fracking cannot be done without threatening human health.

“Mr McGowan must now be clear with the voters that put him into office on the back of his promise of greater transparency and fracking bans. He must explain this appointment and the relationship this adviser role will have with the fracking decision in WA.”