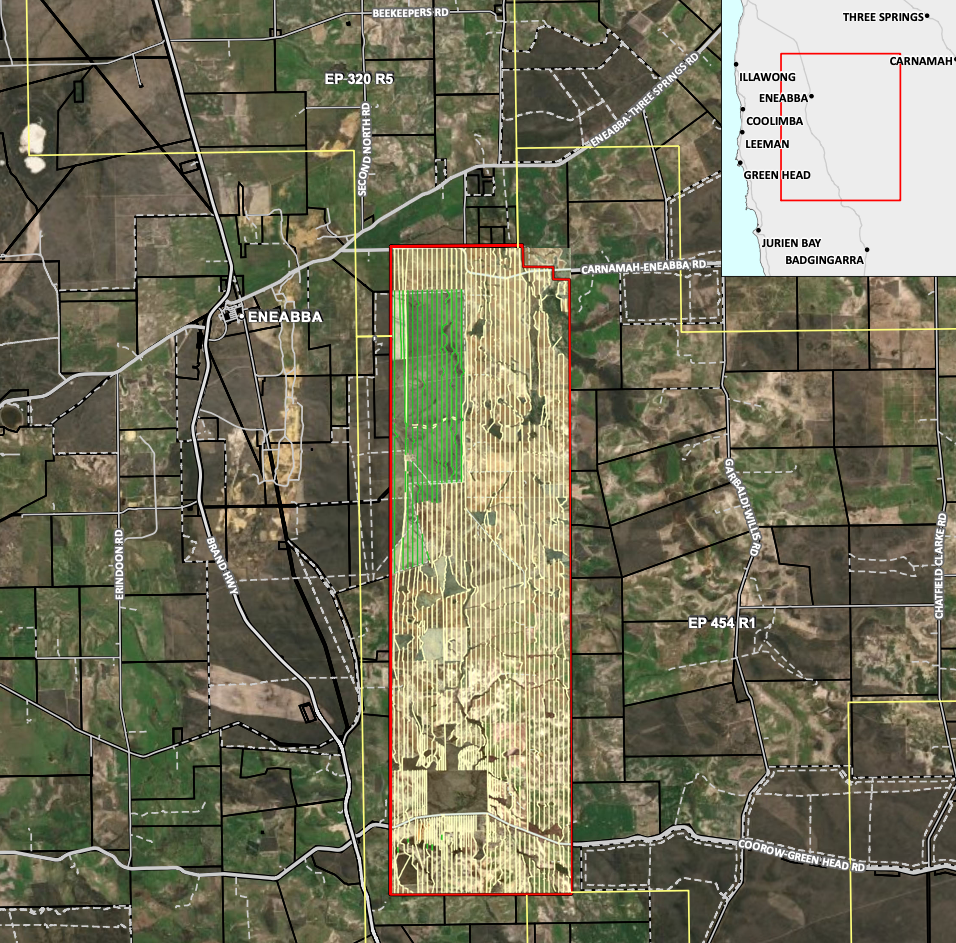 Strike Energy have planned this work in exploration leases where fracking is not banned by the McGowan Government. Exploration work such as this has the sole purpose of gathering data to facilitate gasfields. This region is known to have tight sands gas reserves, which would require fracking to access. So while Strike may not currently have a plan to frack, nothing rules that out in the future.

Seismic surveys require clearing of native bushland where there isn’t a road or farm land already, then ‘thumper trucks’ come through in lines at 250m intervals, sending vibrations through the ground, compacting the soil (including in cropping land), and bring with it various risks including biosecurity for farmers.

The total area that the trucks will thump will be nearly 1000 hectares, and over 100 ha of native vegetation/bush will need to be cleared within that area. This process will take 13 weeks. It’s 8km east of the town of Eneabba, within the Shires of Carnamah and Coorow. There is significant community opposition to fracking gasfields in the area.

On top of that, the 'natural' gas that they would extract if this gasfield goes ahead is methane, a fossil gas that is much more potent than carbon in our atmosphere.

Will you urge the EPA to publicly assess this proposal so locals and concerned people and groups further afield can get the full information about the company’s plans?

Follow this link to fill out the easy form before the deadline, midnight on Thursday 19 August.

Tick the 'Assess - Public Environmental Review' and make a short comment on why you want it assessed, and why it should be a public assessment. Click continue and then click 'submit' on the next page.

If you have a link to the region, we suggest mentioning if you're a farmer, resident, landcarer, teacher, Traditional Custodian, tourism operator etc.

The deadline to comment is midnight on Thursday evening (19 August 2021).

Tick the 'Assess - Public Environmental Review' option, and make a short comment with your reasons. Make sure you click on 'continue', and 'submit' on the next page!

We need affected communities to have the opportunity to have a say on the details. We can’t leave this up to a private assessment between the EPA and the gas corporations.

To read full documents, click on 1. Referral to view the PDFs: https://www.epa.wa.gov.au/proposals/ocean-hill-3d-seismic-survey

For more ways to help stop fracking across WA:

Get involved: www.frackfreewa.org.au/volunteer
We will keep you up to date with all the latest on the WA campaign.
WA EPA Seismic Application midwest Strike Energy gas exploration
Do you like this post?
Tweet