Mineral Resources must rule out tight gas at Waitsia 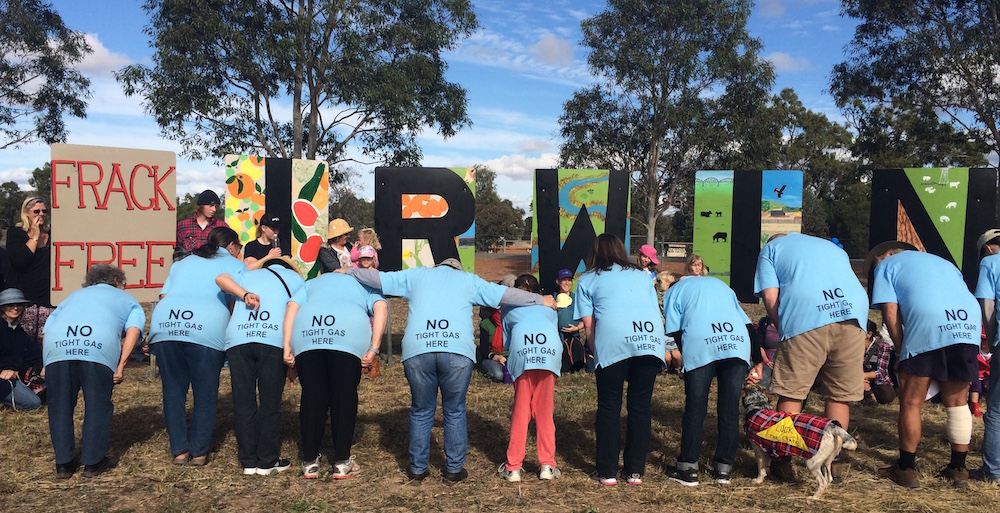 The community close to the Waitsia gas project in the Mid West have reacted to the takeover bid of AWE by Mineral Resources with a call to rule out tight gas development and fracking in the area.

While the Waitsia project just east of Dongara might be predominantly conventional gas, there is tight gas that could be developed with risky techniques in future. Kerry Stokes’ Beach Energy is taking over the other 50% of the project.

Local Irwin farmer, Rod Copeland, called on the company to commit to the community that they would rule out developing the unconventional tight gas.

“We want Mineral Resources and Beach Energy to make a commitment to rule out developing the tight gas here, and using fracking or other risky techniques to get that gas out for the sake of long term transparency and accountability,” Mr Copeland said.

“Even this conventional gas find means 20 gas wells in a small area in the initial stage. Gas wells here are already having an impact and we are concerned for our precious aquifers and the health of our community if this project expands to develop the tight gas in the area.

"Landholders have no right to say no to gas companies accessing their land. Now thanks to this latest take over we will have to engage with another round of company representatives wanting us to stop our farming work and deal with their demands.

"Farming at the moment is hard enough without the added stress of having to deal with gas companies that want to drill in our paddocks and through the aquifers that provide the water we use to grow food and fibre.

Lock the Gate’s Mid West coordinator Simone van Hattem says Mineral Resources must rule out ever developing the tight sands gas at Waitsia, and the use of fracking.

“Tight gas is gas that is held in relatively impermeable or non-porous rock and it usually requires fracking to extract commercial quantities of this gas. It also requires massive numbers of wells and all the associated roads, pipelines and infrastructure and other hazardous techniques such as acidation,” said Ms van Hattem.

“The community declared in 2015 that it does not want this invasive industry here, they’ve already felt the impacts from flaring and venting, and are concerned about the invasive nature of the unconventional gasfields as well as the risks of fracking.

“Locals went door to door in 2015 to ask fellow residents in Irwin if they wanted to see invasive gasfields here and 97.7% of local residents surveyed agreed they wanted to remain unconventional gasfield free.