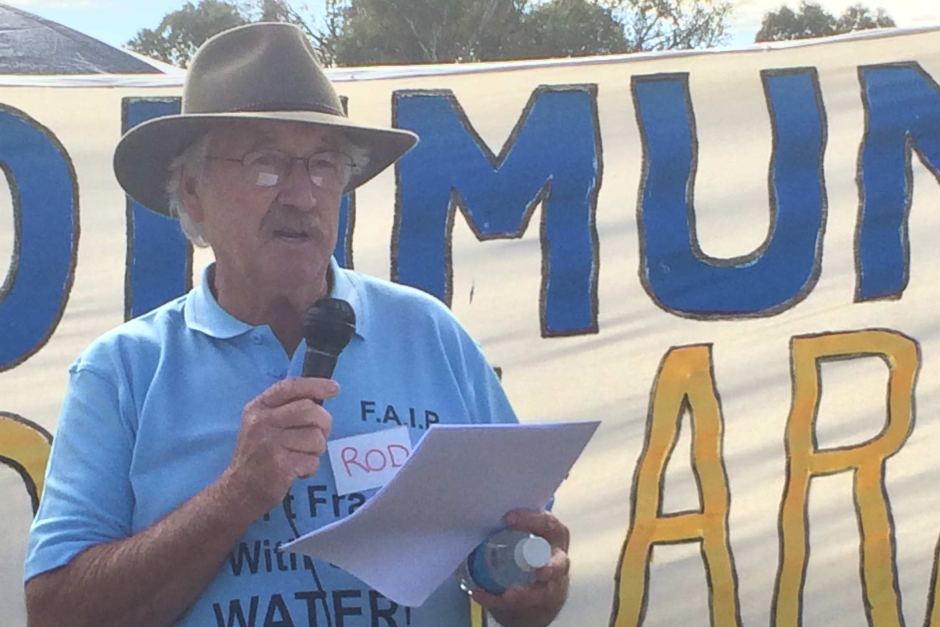 A delegation of farmers from the Mid West will be knocking on the doors of MPs in state parliament today demanding the right to protect their own land and water from fracking.

The farmers from Irwin and Dandaragan have sought urgent talks with National, Liberal, Labor and Greens MPs. They want the right to veto access to their land so they can keep the fracking companies out.

Organic beef farmer David Cook said fracking was the greatest threat his land had faced in five generations of farming.
“We are hoping the government will understand how important our pristine water aquifers are to the future of agriculture in this area,” Mr Cook saidhave ever faced.
“We are an organic farm, if we get water contamination we would lose our organic status and that is our livelihood.
Mr Cook said the government’s much touted “Water for Food” area sat right over the top of the proposed Dandaragan Deep gas field and fracking the area was a short term destructive use of the land and water.
“Fracking beneath our pristine water aquifers, that are the future for agricultural production in this area, is absolute madness,” Mr Cook said.
Dandaragan potato and sheep farmer Mick Fox said he had spent around $1 million in the last 8 years developing the water and irrigation on his farm and would not have invested that amount had he known the fracking companies were coming.
“We have beautiful water here. We have pure ground water and permanent creek water,” Mr Fox said.
“We can’t understand why the frackers want to come here, this is a ‘Water for Food’  area.”
Irwin melon farmer Rod Copeland said fracking companies did not have a social licence to operate in the area and more than 97 per cent of the community had voted to remain gasfield free.
“We want a mandatory land access agreement with the right of veto,” Mr Copeland said.
“We also want a neutral body to get these agreements across the line. And we want a moratorium on fracking.
“I think everyone is more concerned about water than they are about gas, especially in a drying climate and a continent like Australia.

“The people of Irwin are living at ground zero right on top of the gas and the government gives little regard to us as citizens.”