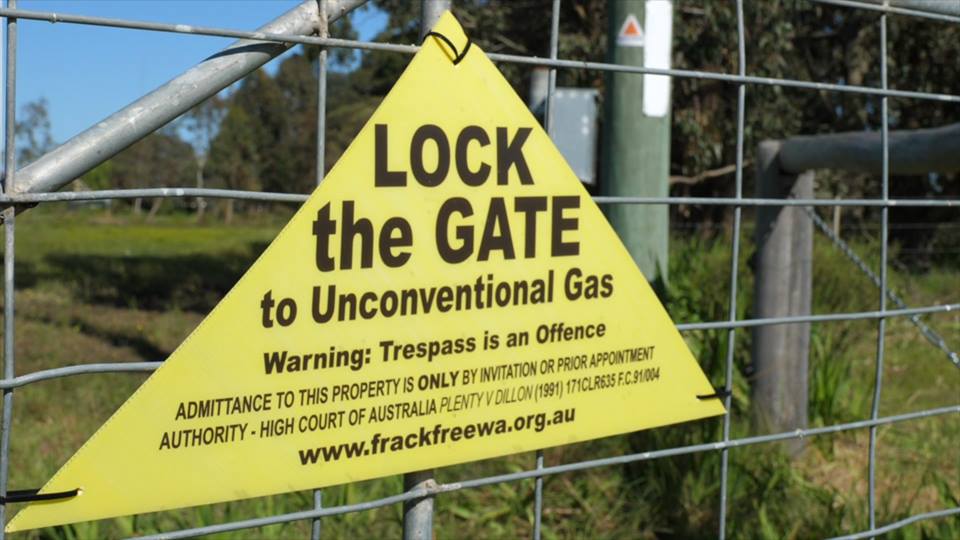 Lock the Gate Alliance is calling on the McGowan Government to categorically rule out the inclusion of any unconventional gas projects in the recently announced development fast-track, given their failure to implement commitments from the 2018 fracking inquiry.

“The McGowan government has still not delivered on numerous commitments from the 2018 Fracking Inquiry, and it would be outrageous if they now tried to circumvent those promises by fast-tracking fracking developments,” said Claire McKinnon, WA Campaign Coordinator for the Lock the Gate Alliance.

“Most importantly, the McGowan government has still not delivered the promised legal reforms giving a right of veto on fracking to Traditional Owners and private landholders.

“Premier McGowan himself gave an ironclad guarantee that fracking would not be allowed without the consent of Traditional Owners and landholders, and yet nothing has been done to deliver on that commitment.

“The EPA also hasn’t finished the Code of Practice for unconventional gas that was due for completion last year, and are instead relying on one developed for the Northern Territory.

“This is not good enough and were the Premier to give fracking a fast-track it would be a disaster for the natural wonders of the Kimberley and farmland in the Mid West.

“We’re calling on the Premier to urgently and publicly confirm that there will be no unconventional gas projects included in the fast-track” she said.