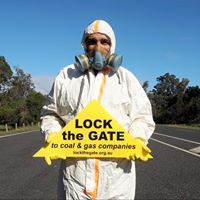 FRIDAY DECEMBER 8, 2017: The Gasfield Free South West Alliance has welcomed the government’s formal gazettal of fracking bans covering the South West, Peel and Metro areas today but says it would still like the bans to be protected by a specific Act of parliament.

Spokesperson for the GFFSWA Kathy Thomson said the gazettal was a positive step in the right direction and gave the community a degree of security.

“We think this is a good start but we would still like these fracking bans made watertight with an Act of Parliament,” Ms Thomson said.

“We are happy with this move but we certainly won’t be popping the champagne corks just yet. Fracking is not our only concern. We think all gasfields are incompatible with the existing farming and tourism industries we have in the south west and we will leave our celebrations until all of the current gas leases covering the south west are cancelled.”

Meanwhile Lock the Gate Alliance welcomed a move by the government to formalise the fracking moratorium covering the rest of the state until June 2020.

A spokesperson for Lock the Gate in WA Jane Hammond said formalising the bans and the moratorium gave the community some breathing space to really look at the issues involved with fracking and discuss whether the risks to land, water and health were worth taking.

“We are pleased that the government has seen fit to formally extend the moratorium until June 2020 and we hope that it sticks to that commitment,” Ms Hammond said.

“Across WA we have seen a massive amount of interest in the current fracking inquiry and just this week more than 500 submissions have been received by the inquiry calling for a permanent statewide ban on fracking.”

The Government also announced today the dates and venues for public hearings of the fracking inquiry.

“We are happy that the inquiry has extended its original count of three sittings to five but we still don't feel this is sufficient,” Ms Hammond said.

“We had asked for additional sittings in the South West and Gascoyne and we still think the inquiry should visit these regions and hear from the people whose lives could be impacted by fracking in the future.

“We think five single days of sittings spread across thousands of square kilometres will not enable everyone who wants to address the inquiry to get the chance.

“We are aware that the inquiry has been given a very limited budget and we hope that this will not hamper its ability to investigate fully this matter of great public importance.”