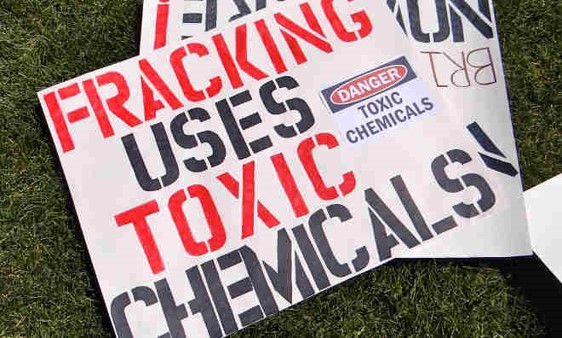 The facts are that in WA, hydraulic fracturing has mainly been applied to enhance production in conventional oil and gas reservoirs with vertical wells. Exploratory fracking for shale and tight gas (which like coal seam gas are classed as unconventional gas) in Western Australia only commenced in the last decade and only a handful of wells have been fracked in that time.

This deliberate game of semantics disguises the fact that fracking for unconventional gas is vastly different to the techniques used in conventional gas extraction.  Fracking for unconventional gas usually involves high volume “slickwater” hydraulic fracturing with horizontal drilling. This modern fracking technique was pioneered in the 1980’s in the USA and has only been implemented on a commercial scale in the United States since the 1990’s, and commercially in Eastern Australia (in coal seam gas operations) since the early 2000’s. Modern fracking technology has never been deployed on a commercial scale in Western Australia.

Modern slickwater fracking for shale gas, utilising horizontal drilling, is a very different process to older vertical conventional gas fracking in several ways: it uses significant quantities of a large variety of chemicals, many of which are known to be toxic or their toxicity is as yet unassessed; it requires massive volumes of water and produces large volumes of toxic wastewater; and much higher pressures must be applied to the well to undertake a frack. In addition when the use of new horizontal drilling techniques makes effective and secure well construction much more difficult to achieve.

The attributes of modern fracking techniques make it a risky process with a whole range of potential risks to land and water resources- and it is not just the fracking process that has negative impacts! The entire shale gas production process requires industrialisation of vast areas of land with ever-expanding networks of multi-well pads, gas and water pipelines, access roads, treatment plants, compressor stations, and toxic wastewater ponds.

Myth: “Fracking for shale gas is safer than for CSG….”

Industry and government have tried to garner support for fracking in the WA by drawing a distinction between fracking for shale and tight gas, which occurs in WA, and coal seam gas or ‘CSG’, which has been met with significant opposition on the East Coast. They have made the argument that the depth of shale gas deposits (typically 3-5km under the ground) means there is less risk to groundwater from fracking than when fracking for CSG, which is extracted from shallower coal seams which are closer to underground aquifers.

Shale gas wells are, if anything, more likely to fail than coal seam gas wells due to the greater pressures required to fracture shale (which is extremely hard) compared to fracturing coal seams. The greater pressure required places the well infrastructure under greater strain and therefore increases the chance of failure of well casing and integrity. As shale gas wells must pass through potable underground aquifers, well failure can lead to contamination of these water sources and upward migration of fracking fluids and gas.

Additionally, because shale wells are generally deeper and longer, they are more difficult to construct, and with added complexity comes greater chance of failure. US studies have implicated shale gas in the contamination of groundwater with heavy metals, salts and gas[1]. Fracking for shale gas also uses much larger quantities of water and chemicals than fracking for CSG, increasing the potential for depletion of water resources and chemical contamination via spills, leaks and frack fluid migration. In addition, whilst only a proportion of CSG wells need to be fracked (10-40%[2]), all shale gas wells require fracking to extract commercial quantities of gas. Therefore, much more fracking is required in shale operations than in CSG operations.

Myth: “Fracking can be done safely.…”

The WA Government and the unconventional gas industry claim that fracking can be done safely if it is regulated appropriately. However there is growing evidence to show that even strict regulations are simply not capable of preventing harm[3]. Industry studies and independent analyses indicate inherent engineering problems including uncontrolled and unpredictable fracturing, induced seismicity leading to an increase in earth tremors, plus well casing problems, infrastructure integrity issues and leaks that cannot be prevented despite apparent ‘best practice’ regulations.

Additionally, if a shale gas industry is established in the Kimberley and Mid-West regions, ensuring appropriate monitoring and compliance is likely to be impossible due to resource constraints in Government Departments, the large number of production wells required and the remote locations of many of these wells.

There is now so much evidence worldwide of the environmental and health risks from fracking that many governments have imposed bans and moratoriums. Jurisdictions with bans/moratoriums in place include Victoria & Tasmania, the US States of New York and Maryland, and the countries of Scotland, Wales, Germany and France.

The WA Government and the unconventional gas industry claim that there is a minimal risk of wells leaking and causing groundwater contamination because well casings are thick and made of concrete and steel. However, ‘world’s best practice’ well construction just isn’t enough to stop wells leaking. A gas industry study last year in Pennsylvania found that more than 6% of gas wells leaked in the first year of operation, and up to 75% of existing wells could have some form of integrity failure[4].

Myth: “The chemicals used can be found in household products….”

The unconventional gas industry is fond of saying that most of the chemicals used in fracking can be found in household products, thereby inferring that they are safe. While it is true that some of the chemicals can be found in products you might use in your home, this statement overlooks the fact that they may not be safe for humans and the environment if they make their way into water supplies. Particularly in the large quantities used in fracking fluids and in various untested combinations with numerous other chemicals.

This industry claim also deliberately glosses over the fact that many fracking chemicals are known to be toxic and many others have not been assessed for their long-term impacts on the environment and human health. For instance, fracking compounds used in Australia have been shown to include many hazardous substances, including carcinogens, neurotoxins, reproductive toxins, irritants/sensitisers, and endocrine disruptors. It is also worth noting that some of these chemicals are toxic even in extremely small concentrations[5].

Myth: “Only a small amount of chemicals are used in fracking…”

In addition to claiming that the chemicals used in fracking are safe, the industry also claims that chemicals only make up a small percentage of overall fracking fluid volume so there is nothing to worry about. Whilst it is true that chemical additives only make up between 0.5 - 2%[6] of fracking fluids, and this is only a small proportion relative to the large volumes of water used, it translates to very large actual quantities of chemical additives. For example, a typical 15 million litre fracturing operation would use from 80 to 330 tons of chemicals[7].

While gas companies spruik the promise of more jobs for local communities, in actual fact the oil and gas industry is one of the smallest employers in Australia, employing less than 0.2% of the Australian workforce. In addition, the majority of gas industry jobs are required for the short construction phase only- they are not ongoing, as modern gas fields are highly mechanized and need very few people to operate them. Local employment opportunities are minimal with the majority of skilled workers being brought in from elsewhere with fly-in-fly-out workforces. Those employed locally are usually skilled workers poached from local industries that have spent years training them, leaving these industries short of labour and unable to compete with gas industry wage rates.

Overall, the gas industry fails to provide the long term, sustainable, locally sourced employment opportunities and pathways that are needed to properly address rural and remote unemployment. In the US, experiences in various states and accompanying studies have shown that the oil and gas industry’s promises for job creation from drilling for natural gas have been greatly exaggerated. Likewise, in Queensland, with the 4 year construction phase of the CSG production gasfields in the Surat Basin now coming to an end, the gas ‘boom-towns’ of Dalby, Roma and Chinchilla are experiencing a crippling economic down turn with associated job losses and loss of revenue for local businesses[9].

The gas industry and the NT Government are claiming that shale gas will be an economic elixir for the Territory’s regional economies. However, the most advanced unconventional gas development in Australia, in Queensland’s Darling Downs region, shows that gas development negatively impacts all sectors of local industry other than the gas industry itself. While the industry employs some people, and some businesses profit by servicing the mining industry, overall it is a small, short term employer that drives up costs for local businesses and negatively impacts the community.

Detailed research by the mining industry funded Sustainable Minerals Institute[10] found that while those working in the coal seam gas industry in the Darling Downs region had a positive view of the impact of the industries, people working in local businesses, agriculture, government and the community sector consistently believed CSG development and mining had led to a deterioration of:

The main reasons for these social and financial impacts is the loss of skilled staff to the gas industry and the increased cost of labour, rent, transport and goods and services for local businesses.

Their integrity: Implications for shale and unconventional resource exploitation. Marine and Petroleum Geology, 56,