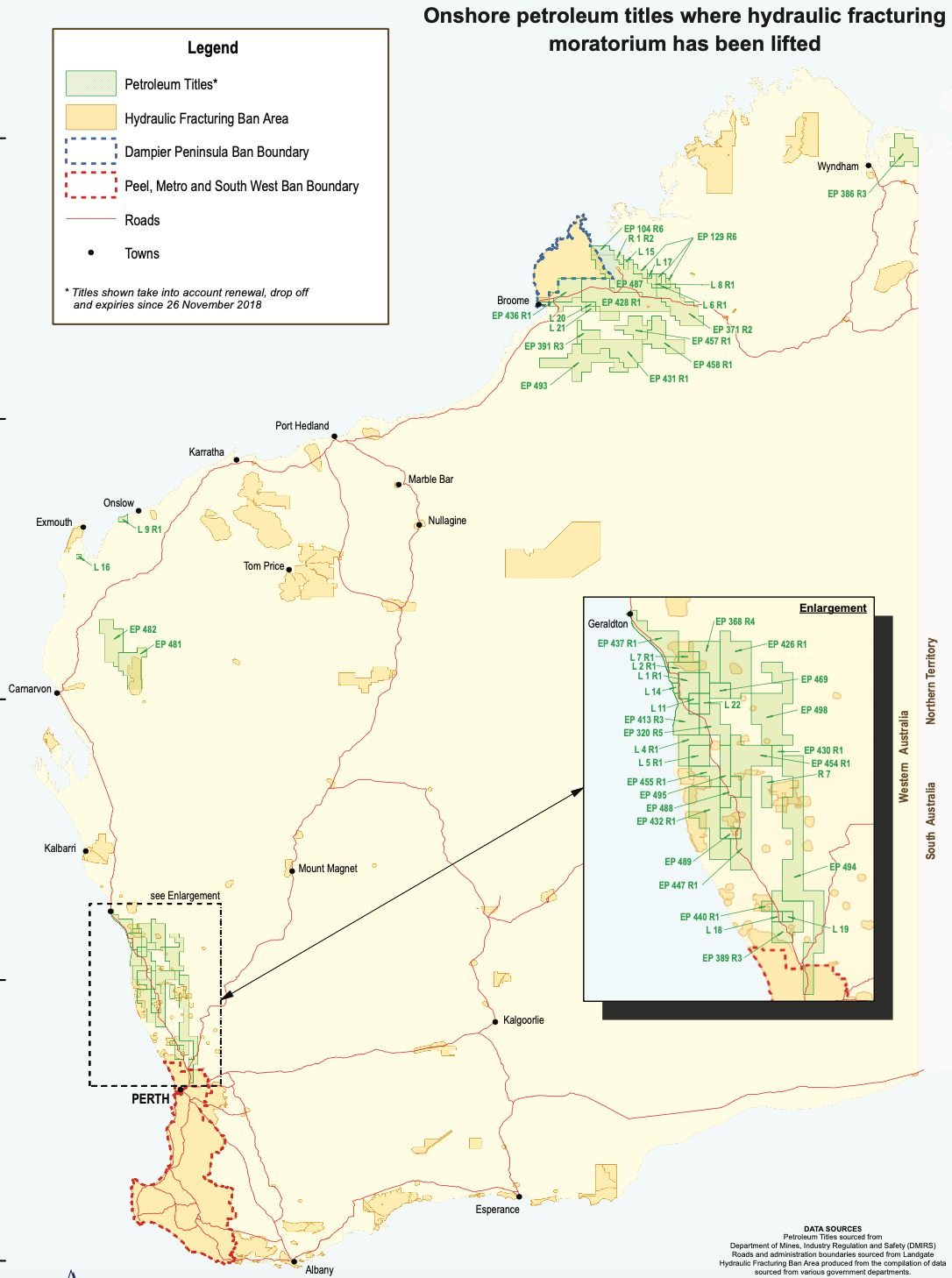 As at March 2016, close to 50 million hectares of Western Australia was covered in oil & gas licences and applications for licences. In November 2018, the WA Government lifted the moratorium on fracking over existing exploration and production leases as of that date. These leases were predominantly in The Kimberley, Mid West and Wheatbelt, totalling around 5 million hectares.

There have been a number of wells 'high pressure, high volume slickwater hydraulically fractured' from around 2004 to 2015, but no large scale production is yet taking place.

Learn more about fracking and the risks it poses to WA's land, water and communities on our Risks of Gasfields & Fracking page.

Read more about the threat to the Wheatbelt and Mid West regions.

Read more about the threat to The Kimberley. 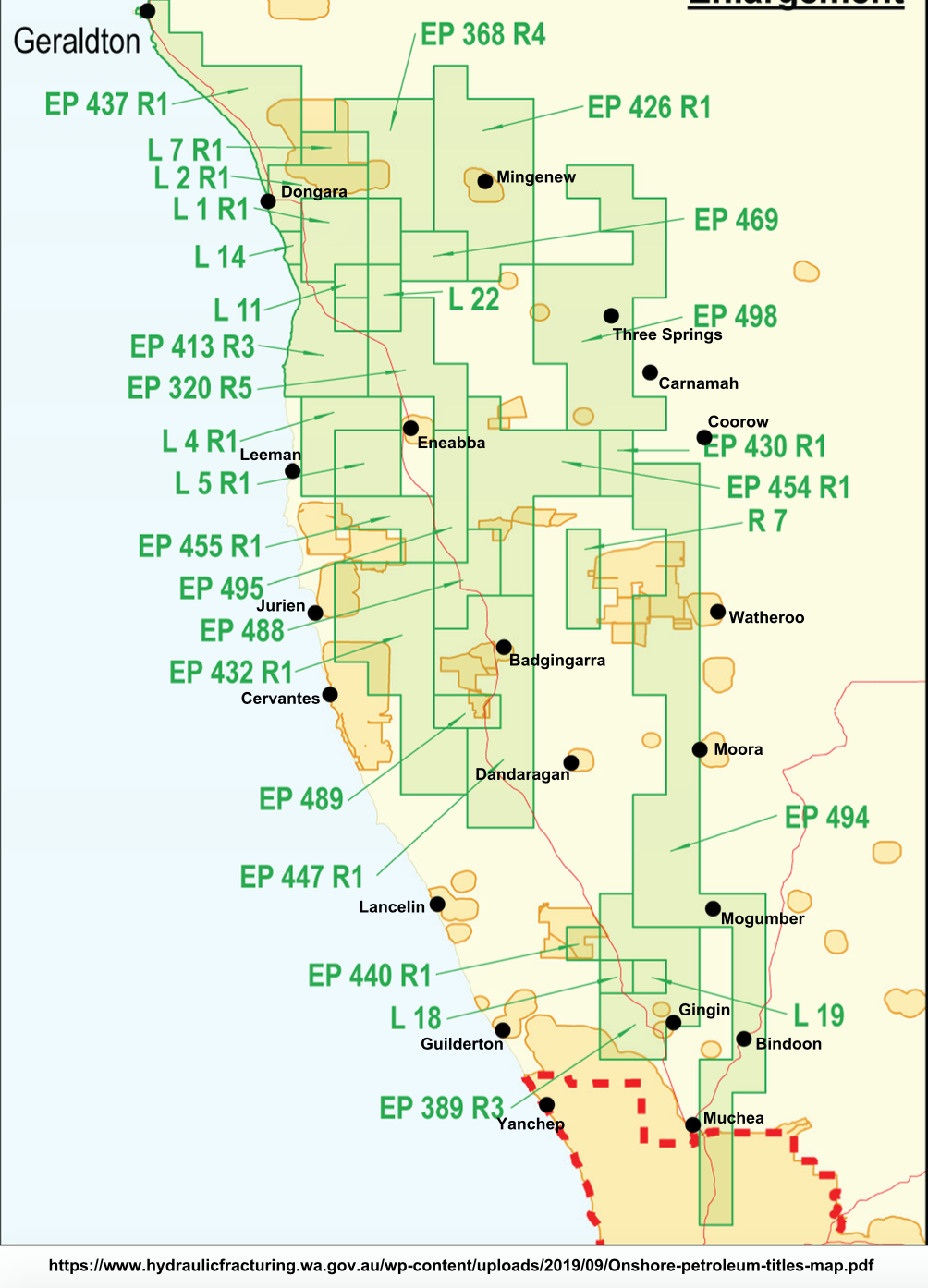