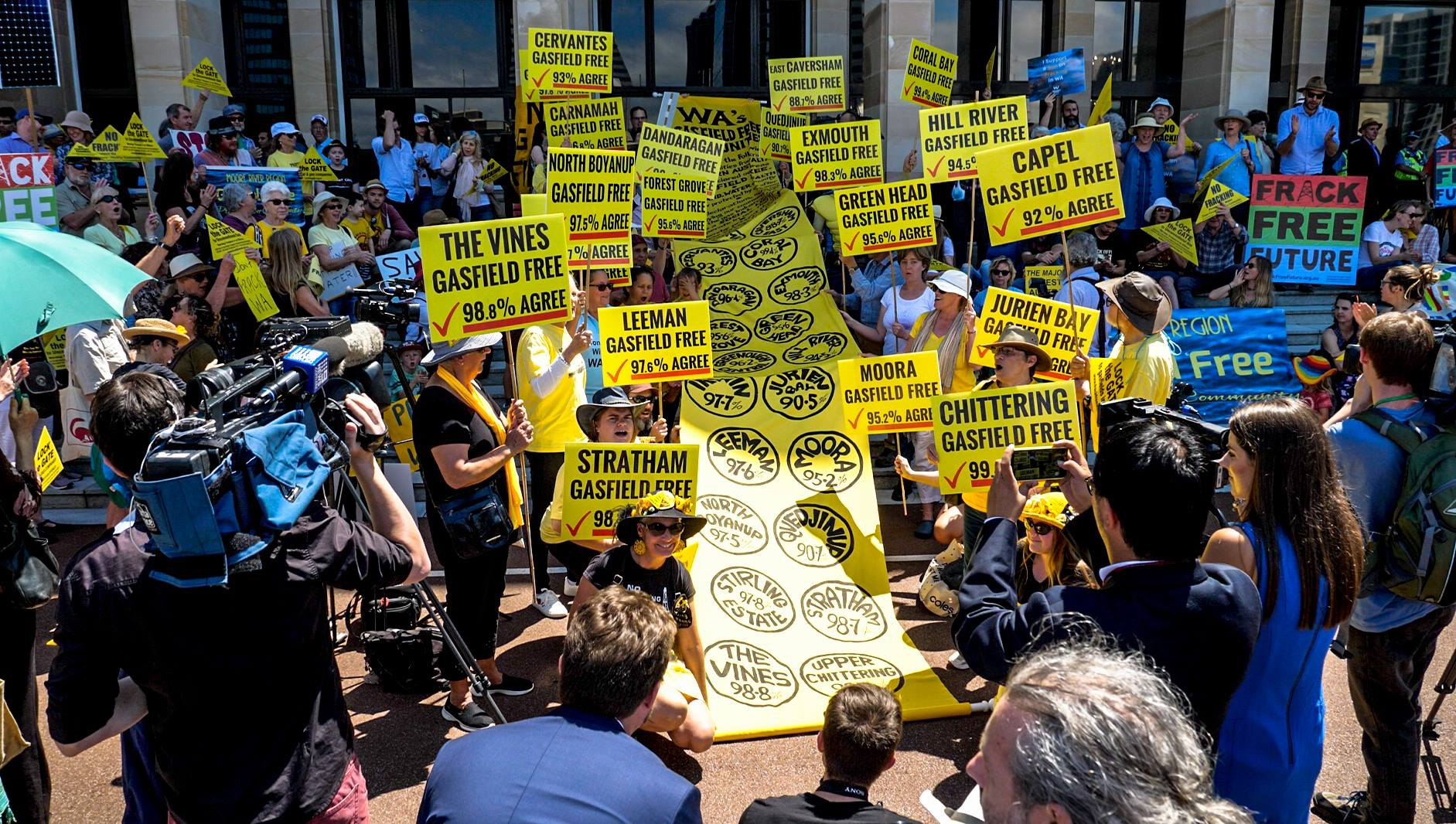 If fracking is not safe in the south-west and Perth, then it’s not safe anywhere.

This approach divides Western Australia and creates two classes of people – those in the south and the Dampier Peninsula who are protected from fracking and those in the Mid West and Kimberley who are not.  Labor have banned it totally in Victoria, while in WA they have banned it only in small, entirely arbitrary locations.

If we take the government’s word for it and this decision opens up 2% of WA for fracking, that amounts to more than 5 million hectares of land, an area almost the size of Tasmania.

But there is potential for even more gas leases to be released in the future.  There is nothing in the announcement to prevent gas companies applying for new releases.  In fact, the Inquiry report specifically refers to a process to enable new gas acreage releases.

3. It is not a balanced outcome

There is nothing about this outcome that is balanced – it delivers gas companies access to the vast majority of existing leases and protects only small areas.

It has been supported by gas groups such as APPEA, and has been strongly opposed by unions, farmers, and Traditional Owners.

The end to the moratorium provides a green light and a foot in the door for the fracking industry to continue business as usual and does very little to stand in gas companies’ way.

Communities in the Mid West, Gascoyne and Kimberley will keep fighting, declaring their communities gasfield free and rallying against unconventional gas mining.

4. There are major weaknesses in the promised ‘veto’ right

The fine print of the announcement makes it clear that neither Traditional Owners nor landholders will have the right to say no to exploration fracking, only to production fracking.

Environment Minister Stephen Dawson has also acknowledged that pastoralists will not have the right to veto even production stage fracking.

Labor’s pre-election platform was 'Any decision on fracking in the Kimberley will only be made with the approval of Traditional Owners'. What they've put forward breaches that promise because exploration fracking will occur without traditional owner approval.

Water source protection is limited to very small areas around public drinking water bores, and there is no consideration to underground aquifers. Farm and personal bores will not be included, and we know this industry poses an unacceptable risk to groundwater, surface water, agriculture and communities.

6. Regulations are not the answer

The WA Government has made much of the fact that fracking will require EPA approval.  EPA approval is a basic regulatory measure that applies in most states, however it hasn't stopped fracking in other states.

The lesson from the USA is that the industry is too large and widespread for adequate regulatory oversight, especially given the paucity of public funds dedicated to environmental monitoring.

7. The Inquiry was inadequate and used misleading analysis

The inquiry Terms of Reference were much too narrow, and key risks were either not considered or not properly assessed, including economic risks to other industries and the landscape wide scale of impacts on land and biodiversity.

The assumptions made about impacts of the footprint of the industry on water, land, air and emissions, didn't take into account the industry growing any larger than WA's domestic gas needs, and used misleading analysis that contradicted the Premier’s own statements and previously published industry data. This is farcical.

The industry will only be profitable if it ramps up to an export industry with a massive footprint, like it has done around the world wherever it’s gotten a foot in the door.

A joint statement by 40 of Australia’s top scientist and experts, published on 12 December, has “strongly rejected” the WA Fracking Inquiry’s analysis of potential greenhouse gas emissions that the Government relied on to lift the fracking moratorium.

The misleading assumptions of the Inquiry that led to the “seriously underestimated” potential climate impacts of fracking include: