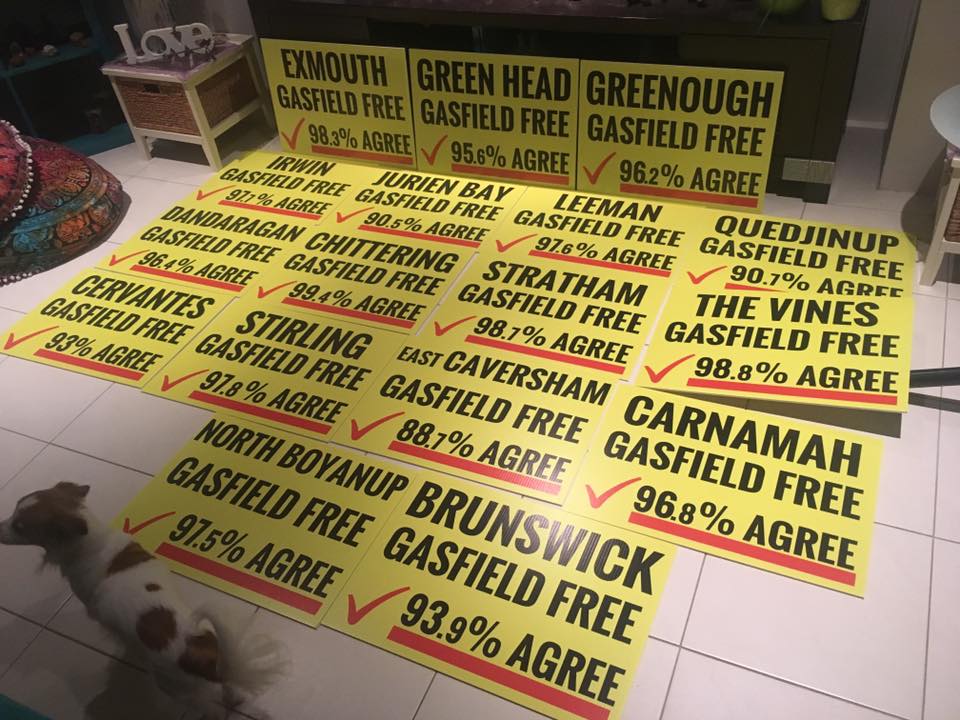 Simone Van Hattem from Lock the Gate said communities across the state were getting increasingly concerned at the lack of action from the Labor Government on its promise to put the brakes on fracking.

“Labor went to the polls with the promise to ban fracking in the south west, Peel and metro areas. Communities want to see legislated bans, not vague media statements from the Mines Minister saying the bans are in place.

“We are rallying outside the Labor State conference to remind delegates of Labor’s promises and to demonstrate that the people don’t want WA to become a sacrifice zone to the short term unconventional gas industry,” Ms Van Hattem said.

Co-convenor of the Gasfield Free South West Alliance Kathy Thomson said landholders were also very concerned that Labor had failed to hear the repeated calls from farmers for the right to say No to gas exploration and mining on their lands.

“The right to say no to gas mining companies accessing our land and disrupting our lives seems a fairly simple ask yet the Government is remaining tight lipped on this issue,” Ms Thomson said.

Chittering landholder Jill Charles said she would be attending the rally along with many of her neighbours to call on Labor to stick to its promises, implement the promised fracking bans through legislation and to bring in the moratorium and inquiry without further delay.

“We will be bringing fresh produce to the conference as a visual reminder of the value of clean air and water to food production in our state and what we are putting at risk for this invasive industry,” Ms Charles said.

SW Labor MP Mick Murray will accept a basket of goods from farmers at 10am.