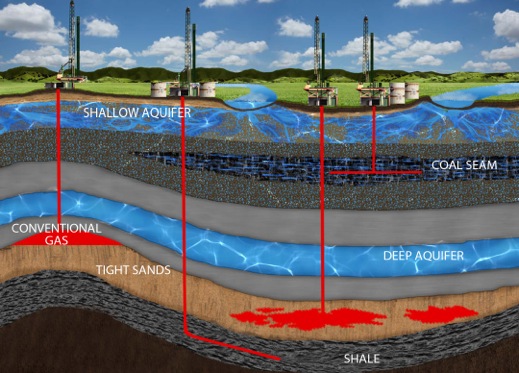 A preferred applicant has been chosen for a shale gas and oil exploration permit which an environmental group fears could pave the way for fracking in Western Australia's South West.

The ABC has been told five local government areas including Bunbury, Busselton, Capel, Dardanup and Donnybrook-Balingup have been briefed by the Department of Mines and Petroleum.

Shire of Capel president Murray Scott said he met with Department of Mines and Petroleum (DMP) officials on Monday, who told him it was possible hydraulic fracturing could take place, but not in the short term.

"They have talked about fracking but they have got to go through all the processes," Mr Scott said.

"[Fracking] is on the backburner before they get through all the native title and all of the processes."

But he said the department downplayed the likelihood of the controversial mining practice in the region, which includes a sizeable dairy, beef and fruit industry.

The ABC understands the chosen company for the exploration permit would have to undertake native title negotiations as the first step in the extensive approvals process.

Conservation Council director Piers Verstegen said he believed the move was the first step to allowing fracking in the region.

"Fracking is the principal technique to get those unconventional resources," he said.

"It's a bit ingenious to say fracking isn't planned when that's the dominant method of getting these resources."

Mr Scott said the Capel community may raise concerns about anything which could impact the local soil and water supply.

"They [DMP] did mention yesterday that there's a lot of clay around under these grounds and fracking doesn't work where it's clay," he said.

"But at the end of the day when they come to say 'this is what's going to happen', I guess the community will then get involved and bring it on then."

Shire of Dardanup president Mick Bennett told the ABC the council was happy for exploration to take place to find out what resources were present, but he did not think the community wanted fracking to go ahead.

"Fracking would upset us a bit," he said.

But Mr Bennett said he would be pleased if natural gas was found in the area as it would be beneficial for local industry.

Shire of Donnybrook-Balingup chief executive John Attwood said the department told him it was not known yet if fracking would be carried out, but it was possible.

Mr Attwood said the department told him it would carry out extensive community consultation and that would take a couple of years.