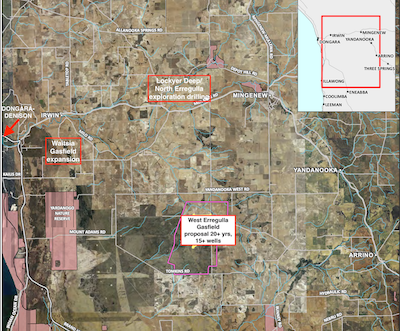 Some tips to make it quick and easy for you:

Note: Anyone can make a comment, but if you have a link to the region, we suggest mentioning if you're a farmer, resident, landcarer, teacher, Traditional Custodian, tourism operator etc.

* The deadline to comment is midnight on Tuesday evening (7 September 2021).

Tick the 'Assess - Public Environmental Review' option, and make a short comment with your reasons(and one or all of the points above, and anything you want to add!). Make sure you click on 'continue', and 'submit' on the next page!

We need affected communities to have the opportunity to have a say on the details. We can’t leave this up to a private assessment between the EPA and the gas corporations.

UPDATE: Strike have also just (Friday 3rd) submitted their Natta Seismic plan, which is in this same area and expanding into farmland. 920kms of seismic lines, in an area of 15,800 ha. Tell the EPA to also make this a Public Environmental Review, and assess it together with all other of Strike's projects in the same region. Tick the Assess - Public Review option. Deadline is Thursday 9 September but it's easy to do both at once, it's the same type of form!

To read the full document that Strike submitted to the EPA, click here(PDF).

EPA webpage for this project is here.

Image below: Proposal map, but interestingly it doesn't show a number of other wells that are in one of Strike's diagrams(further below) 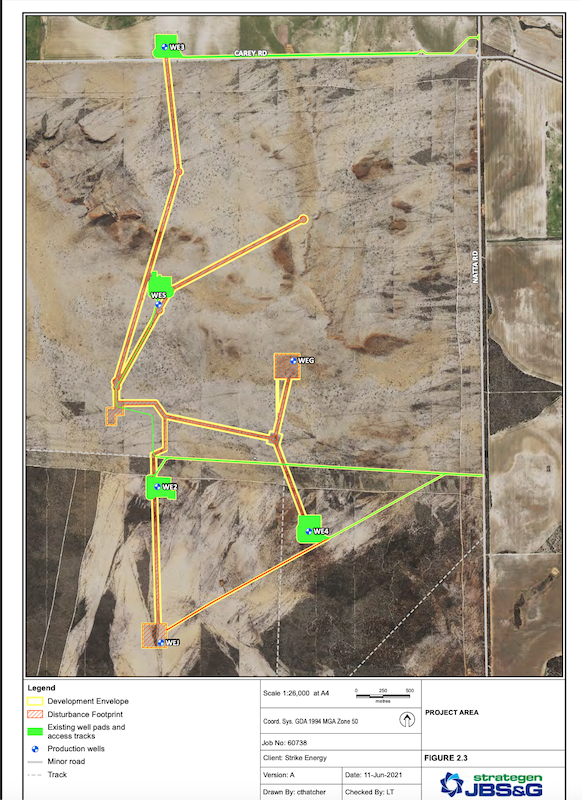 Image below: The Diagram we found in Strike's document, showing another 11 wells not mentioned. Red text added by Frack Free WA, as well numbers/letters were hard to read in original. 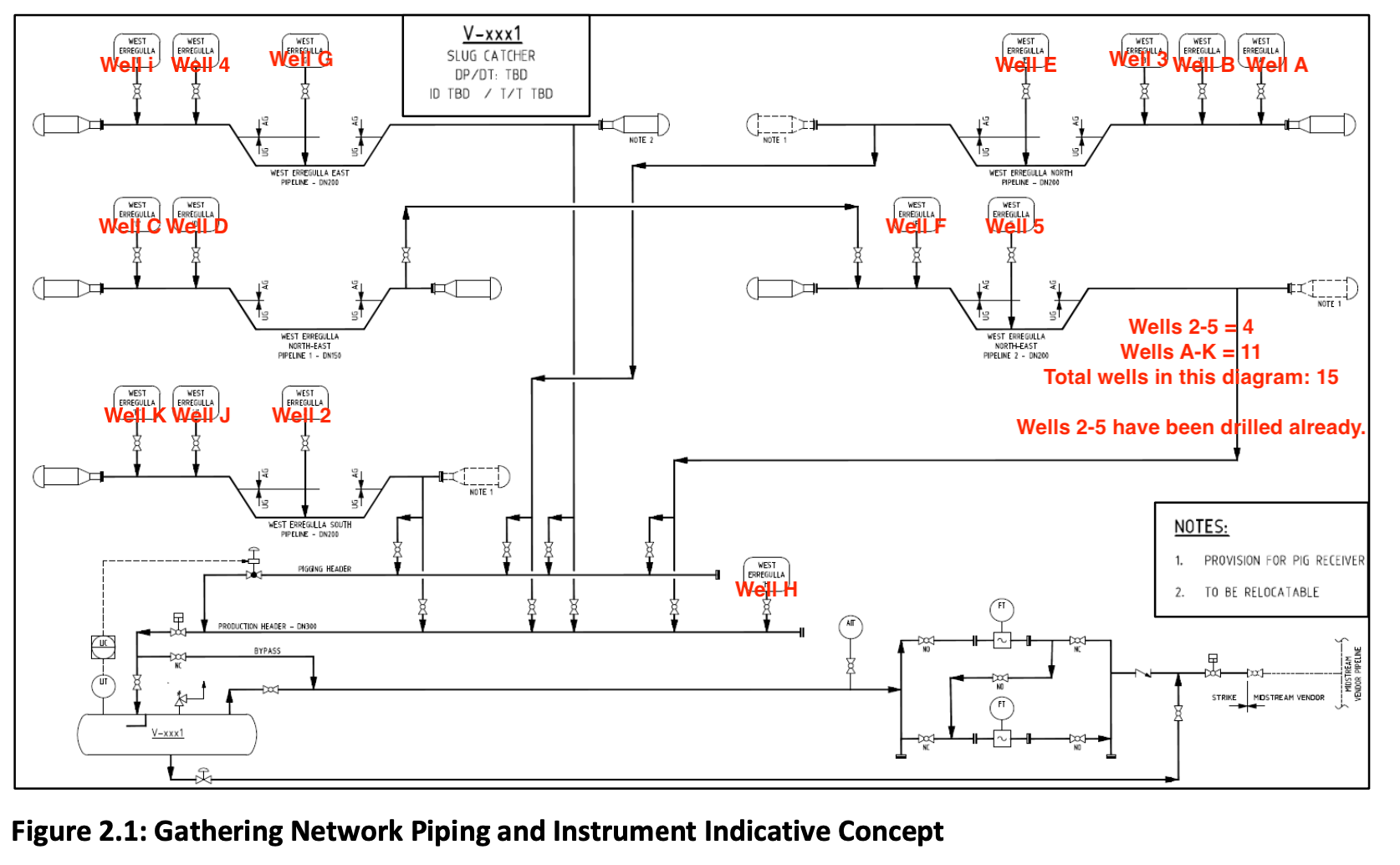 Image below: Map of region (southern Mid West, Yamatji country) showing this proposal, and where the North Erregulla exploration is happening, and the Waitsia. There are other wells and exploration plans in the area also. 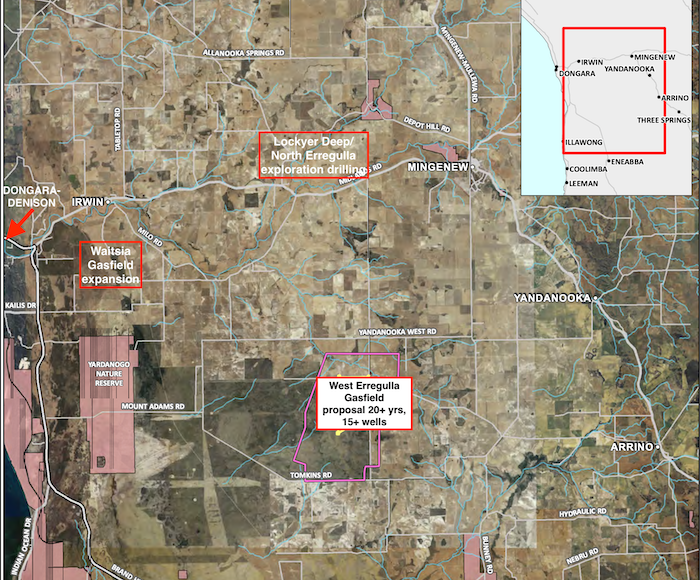