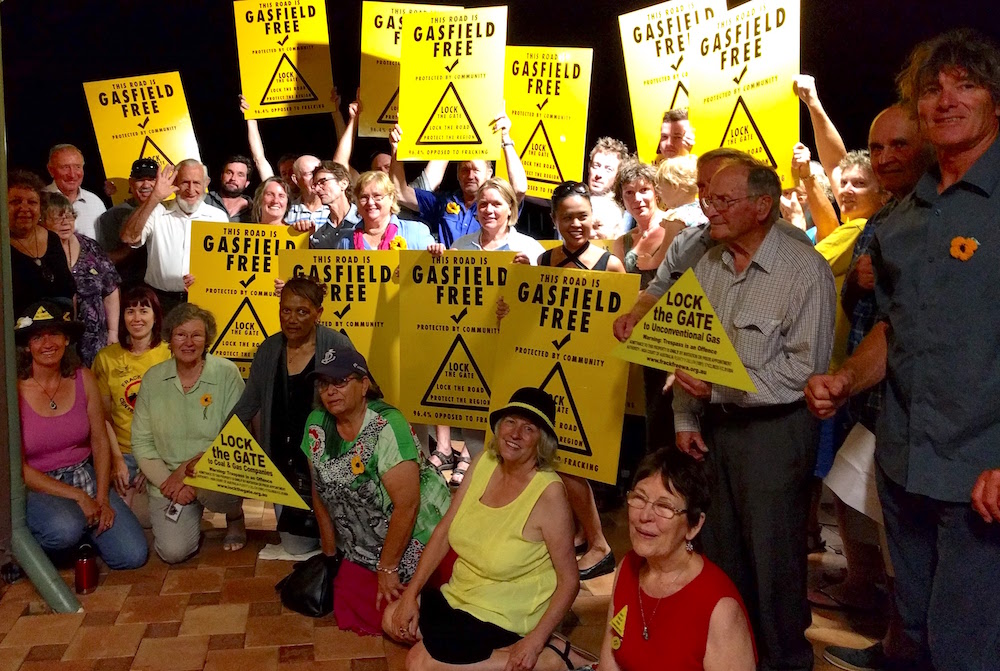 The community hosted a celebratory dinner, where they handed over their declaration to local Shire Councilor Dahlia Richardson. Local state election candidates for Moore, Barni Norton and Jim Kelly were also present.

Farmer Ian Minty, 77, one of the coordinators of the survey in Dandaragan, says local volunteers went door-to-door, farm-to-farm, to survey their neighbours, and results are similar to two other communities within the Shire of Dandaragan that have declared themselves gasfield free: Jurien Bay and Cervantes.

Dandaragan has become the latest in over 415 communities around Australia who have declared themselves gasfield or coal-mine free.

At the community declaration ‘Gasfield Free’ road signs were handed over to survey coordinators to display on their declared roads.