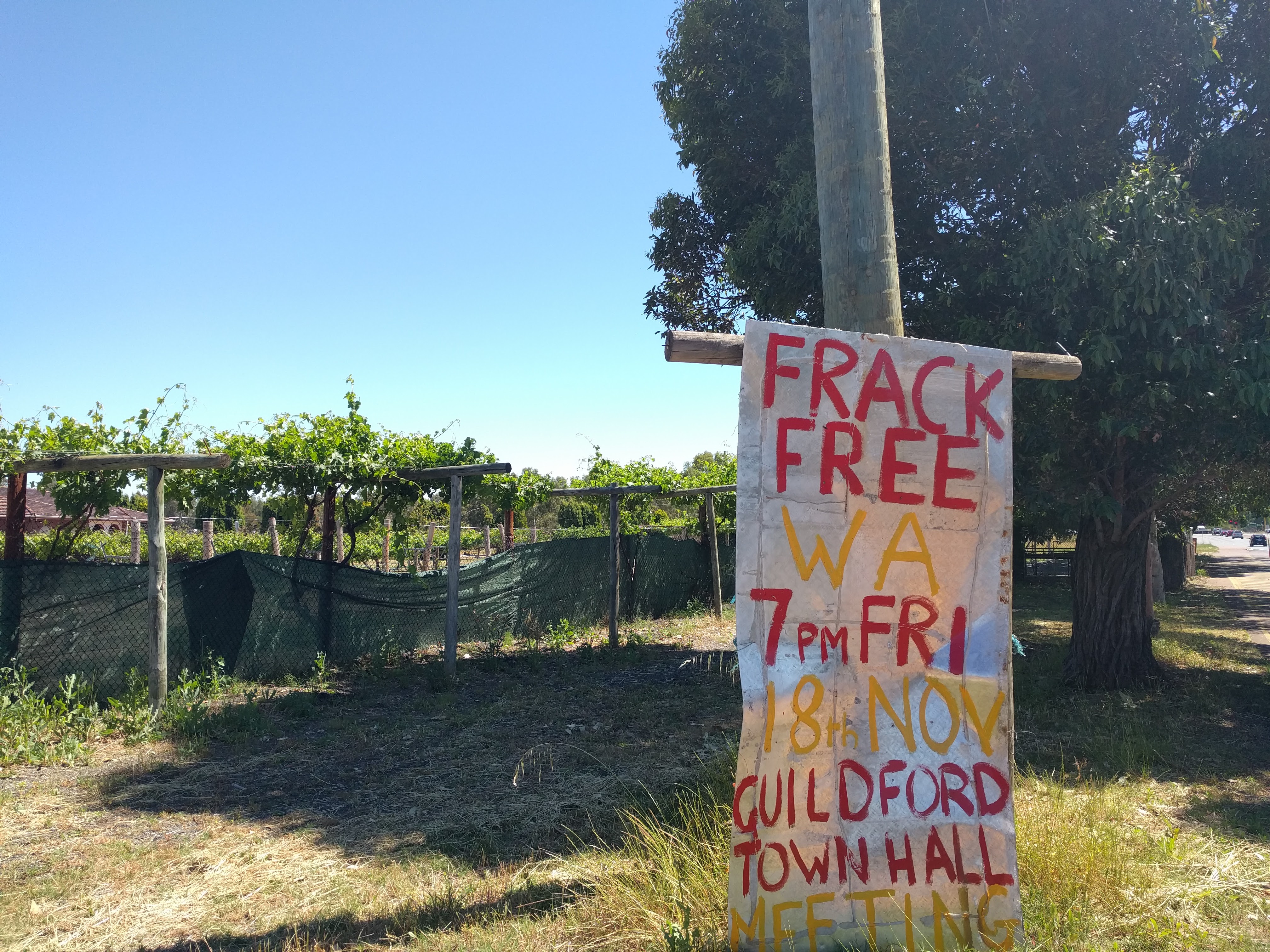 Public meetings will be held in Ellenbrook, Midland, Mahogany Creek and Guilford next week to discuss ongoing concerns at plans for gasfields in the Swan Valley. The meetings organised by local residents from the The Vines, Swan Valley and surrounding areas, will discuss a gas exploration license covering a large part of the Swan Valley.

One of the organisers, local Caversham resident and vigneron Dr Marc Rumpus,said local people were worried about what the gas industry was planning for the region.

“A move by City of Swan councillors to oppose the gas licence is a great start but does not mean the issue is over,” Dr Rumpus said.

“Residents are concerned that there is still a gas exploration permit over a section of Ellenbrook, The Vines and the Swan Valley.

“Our groundwater systems in the Swan Valley, and further north into the Northern Valleys and Central Midlands are too important to put at risk from unconventional gas mining. There is high potential for mixing of stratas of aquifers, coupled with the real threat of pollution by direct and indirect action of the fracking and extraction process.”

Lock the Gate Alliance Mid West coordinator, Simone van Hattem said residents wanted clarity and the right to have a say about what the gas companies were planning for their region

“The State Government’s Department of Mines and Petroleum issued this gas license last year, and have not provided clarity about a proposed ‘no go zone’,” Ms van Hattem said

“The gas companies involved have publicly stated they are interested in unconventional gas exploration in this region.

“One of the greatest risks from unconventional gasfields is that they spread over large areas and typically include many gas wells, roads, pipelines, compressor stations and waste water treatment facilities.”

The Midland Public Meeting and Film Screening will take place from 6.45pm on Wednesday November 16 at Ace Cinemas, Midland Gate.