Concern in Cowaramup at gas industry moves in the Whicher Range 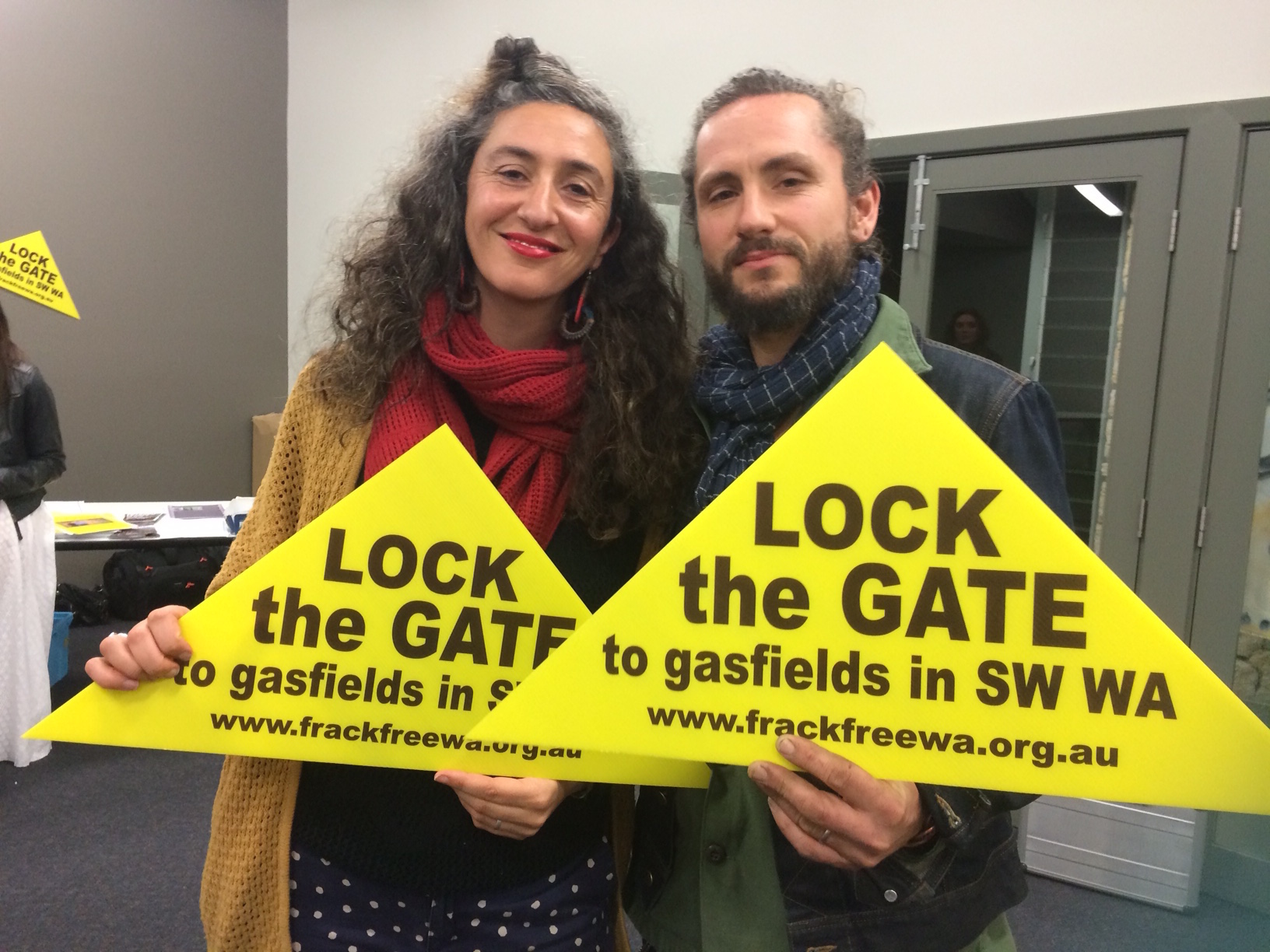 AUGUST 8, 2016: It was standing room only for a screening of Lock the Gate’s A Fractured Country in Cowaramup last Friday (August 6).

The crowd turned out to see the film, which tells the story of the gas rush currently taking place in Australia, and find out more about the Gasfield Free Community movement that has developed in response to the industry

One of the organisers of the event, local businessman Daniel Kozyrski said the number of people attending the evening demonstrated the strength of concern in the Margaret River shire over the issue of gas exploration and mining.

“There is growing concern among the residents of Cowaramup at moves to extract gas from the nearby Whicher Range,” Mr Kozyrski said.

“We know that the range overlies the Yarragadee aquifer, the source of much of the south west’s drinking water supplies and we are not happy with the idea of  drilling through that aquifer to access gas.

“Past attempts to extract gas from the range have been spectacularly unsuccessful and have resulted in more than 600,000 litres of diesel oil, which was used as a fracking fluid, being left trapped underground.

“When I look at my children in a few year’s time I want to be able to tell them I did everything I could to protect our water, health and environment from unconventional gas mining.”

Spokesperson for Gasfield Free South West Lisa Chatwin said communities across the south west were concerned at the gas industry’s push to get access to agricultural land, nature conservation reserves and other areas for onshore gas exploration and production.

“Landholders do not have a right to veto access to their land by the gas miners and this is a situation that local people see is unfair and unjust,” Ms Chatwin said.

“We have existing agricultural and tourism industries in the south west that are viable and sustainable and we don’t need a short term gas industry that threatens those industries.

“We want the south west declared off limits to the gas industry so that we can continue to develop our existing industries and protect our land, water and health from this unnecessary and invasive industry.”