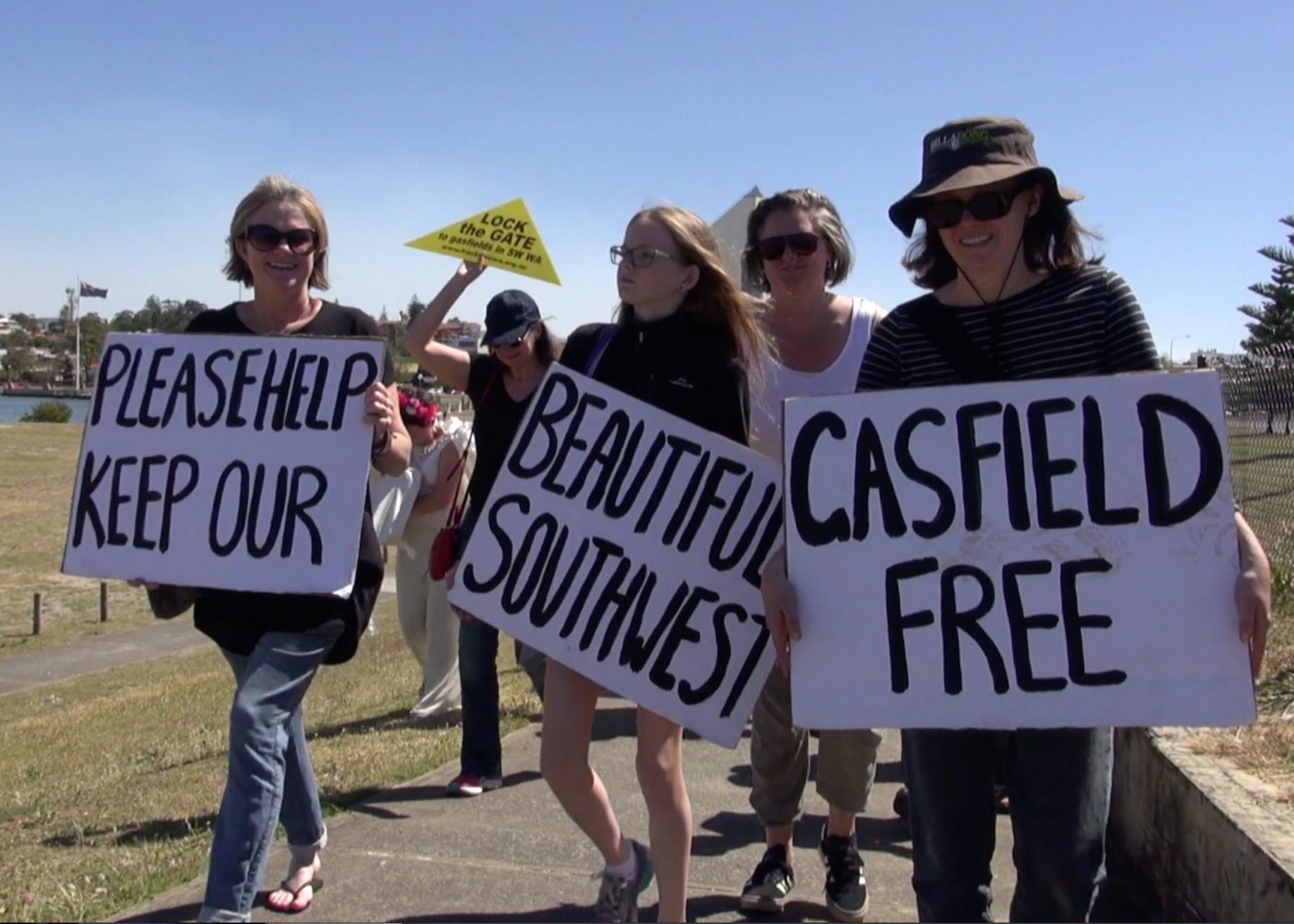 FRIDAY, NOVEMBER 10: Landholders and other residents from across the South West will attend a landmark public meeting in Dardanup next week (November 21) to discuss opposition to a new gas exploration lease covering the region.

The Community Town Hall Public Meeting will take place on Tuesday November 21 at 6pm in the Dardanup Sporting & Community Centre on Ferguson Road. It is being organised by the Gasfield Free South West Alliance (GFFSWA) and Lock the Gate.

Co-convenor of the GFFSWA, Boyanup landholder, Kathy Thomson said the meeting was in response to growing concern in the community at plans by Sydney based company Bunbury Energy to explore for gas in the region.

“Bunbury Energy has been granted a new permit to explore for gas in an area covering more than 660 square kilometres of our region,” Ms Thomson said.

“The proposed gasfield area runs from Bunbury to Busselton and Burekup to Donnybrook. It takes in our intensive agricultural landholdings, vibrant tourism industries, nature reserves, water courses and farming areas.

“Since the lease was approved last month we have seen growing anger in the community at what local people see as a betrayal of trust by the current Labor Government.

“Around 150 people turned out to a rally in Bunbury on Sunday November 5 calling on the Government to make the South West gasfield free.

“Labor came in with the promise that fracking would be banned in the south west but then approved this new gas lease. The company claims to be looking for conventional gas but we understand that the gas here is tight gas, an unconventional gas. We’re concerned it could be extracted using risky experimental techniques.

“Even if the gas does turn out to be conventional, we could still see this region transformed into an industrialised gasfield.

“We believe that gas mining is not compatible with the clean, fresh image of the south west and its value to tourism, food production and healthy lifestyles.”

South West coordinator for Lock the Gate Jane Hammond said the public meeting was being held in response to the huge amount of public concern from local people.

"It will include a presentation on what is known about the company’s plans for the region; past experience in the south west with fracking; landholders’ rights; and what people can do to protect their land, water and health from risky gasfields," Ms Hammond said.

“Everyone is invited to attend this important community meeting, which will help map out a gasfield free future for the region.”