Community sighs with relief as gas permit over Brunswick cut 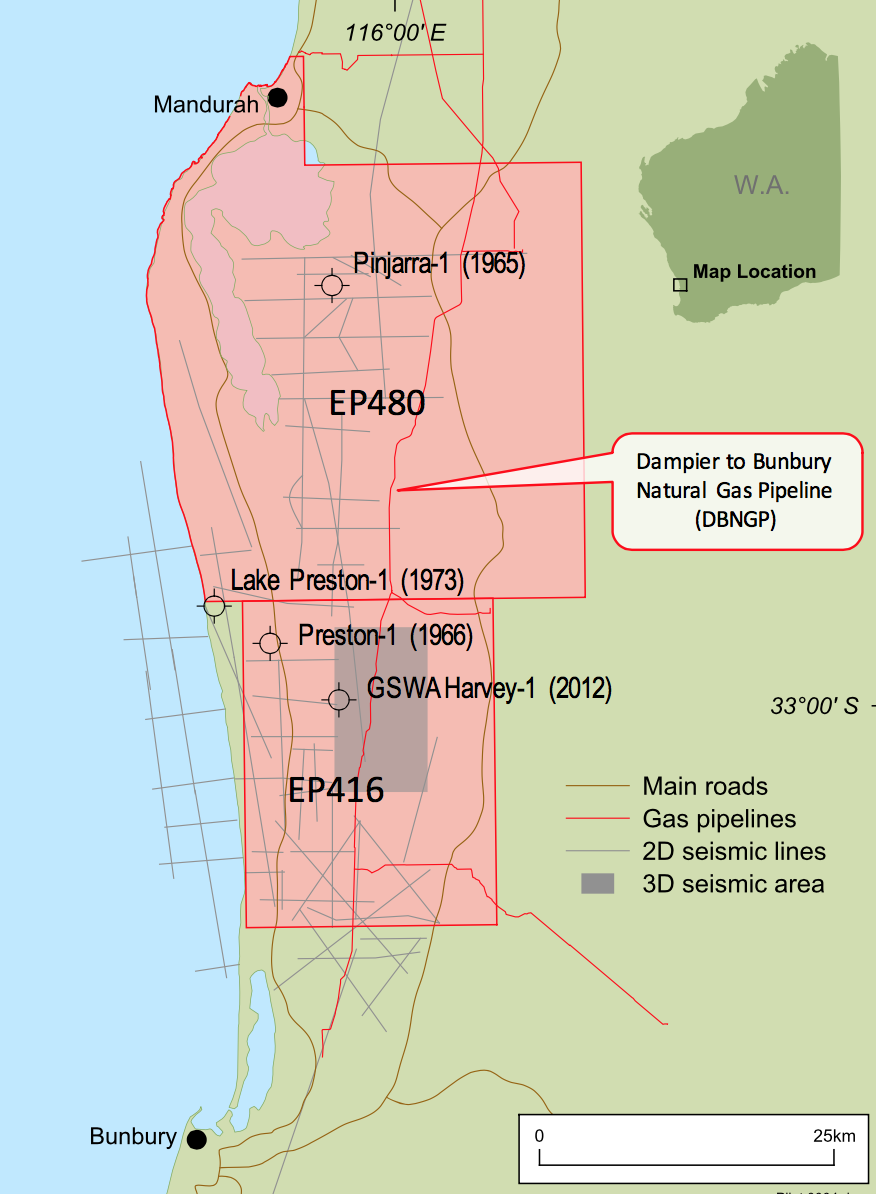 JANUARY 16, 2017: The communities of Brunswick, Burekup, Australind and Eaton have been given at least a temporary reprieve following a decision by gas miners Empire Oil and Pilot Energy to give up part of a gas lease over the south west.

The gas companies have opted to dump the southern portion of gas exploration lease EP 416 covering the farming communities.

The decision coincided with the community of Brunswick declaring itself Gasfield Free late last year.

The latest map of gas exploration leases and petroleum titles published by the Department of Mines and Petroleum shows that the new boundaries of the gas permit area exclude Brunswick and nearby communities.

Spokesperson for Gasfield Free Brunswick Kim Thiele welcomed the reduction in the lease area but said the fight to protect land, water and health from the gas industry was far from over.

“These companies or another might still come back and start looking for gas on our farms, forest areas and water catchments, so we remain vigilant, but we are celebrating,” Ms Thiele said.

“The people of Brunswick have indicated loud and clear that our district is off limits to the gas industry. We undertook an extensive community survey of residents in the town and farming districts of Brunswick and found that more than 93 per cent wanted the district declared gasfield free.

“Our survey demonstrated that the gas industry does not have a social licence to operate in our community and it looks as if the companies may actually be listening to our concerns.

“My advice to all communities across WA is to declare yourselves Gasfield Free and protect your land, water and health from this invasive and unnecessary onshore gas industry.”

Spokesperson for Lock the Gate in WA Jane Hammond said the reduction in the lease size was a victory for the community.

“In the past few months we have seen this lease area shrink by several blocks and another lease area further south in the Whicher Range also get the chop,” Ms Hammond said.

“It shows that community pressure can have an effect on whether companies decide to renew their gas exploration leases.

“We still have a number of gas leases hanging over a large swathe of the south west but slowly the extent of the industry’s claims over the region is being cut back.

“The community is calling on all political parties to permanently protect the south-west and implement a state-wide moratorium on unconventional gas in the lead-up to the state election on March 11.”