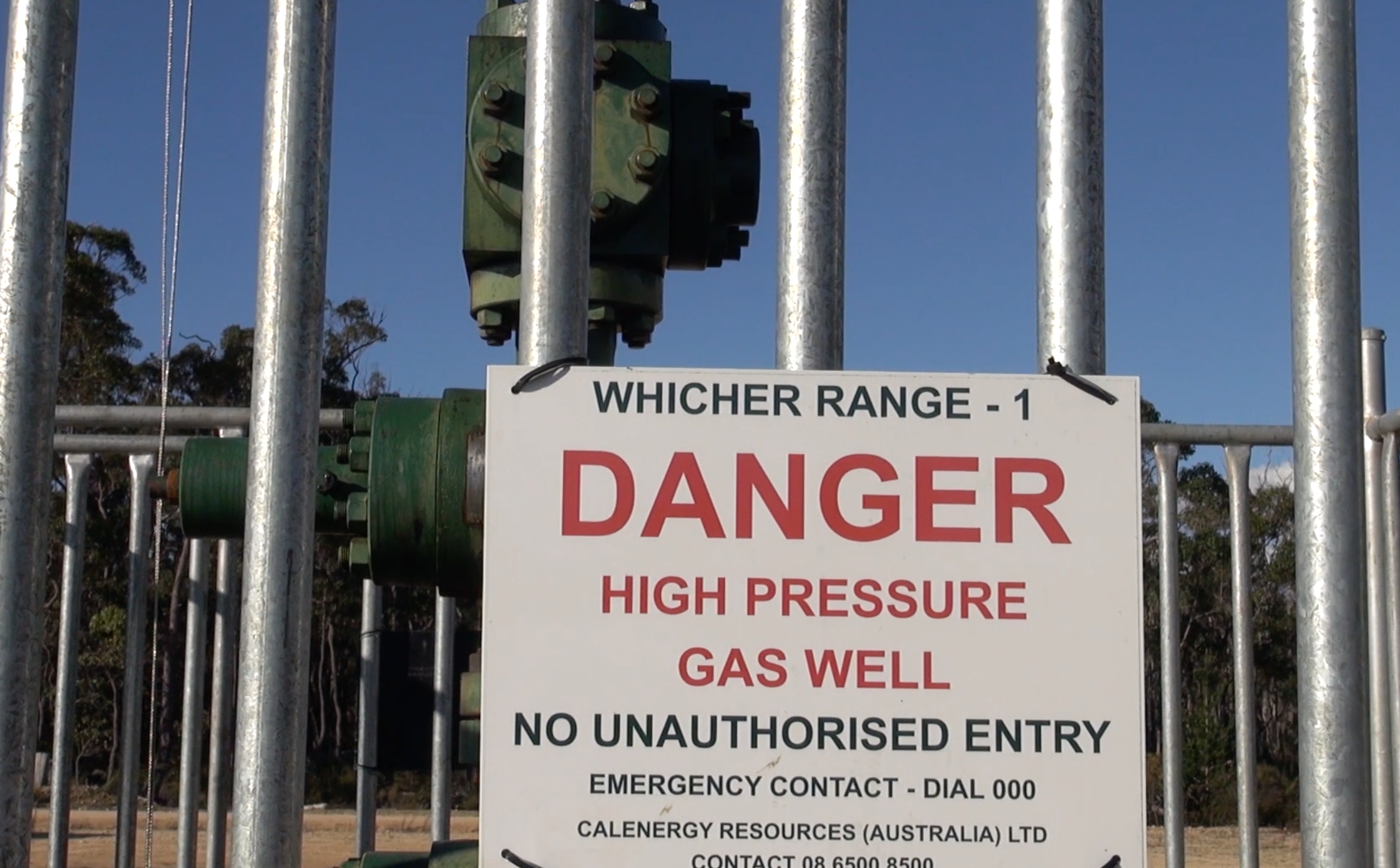 In a statement published on its website CalEnergy Resources said it did not see “sufficient economic or technical evidence to justify any short term, substantive exploration activity within the exploration permit.”

The company said it would plug up its exploration wells, Whicher 1 and Whicher 4, with cement and remove the well heads before remediating the site.

Co-convenor of the Gasfield Free South West Alliance Kathy Thomson said the decision by the company to pull out of the Whicher Range was a victory for the community and for common sense.

“With a State Government commitment to ban fracking in the South West, Peel and Metro areas currently in place, the company has opted to cut its losses and plug the wells,” Ms Thomson said.

“To give the community a real sense of relief we would like CalEnergy to give the lease back to the government as soon as it has finished remediating the area.

“We remain concerned that the Whicher 5 well in the gasfield has more than 500,000 litres of lost diesel fracking fluid still sitting down the hole in what is a priority one water catchment area for the town of Margaret River.

“We would like to see the government devise a plan to decontaminate the well as part of the overall remediation of this site."

South west Coordinator for the Lock the Gate Alliance Jane Hammond said CalEnergy’s announcement was a testament to the community campaign to make the South West gasfield free.

"There are currently six communities in the south west who have declared their areas off limits to the gas industry through a Gasfield Free Community Declaration, including one in the Shire of Margaret River, and more communities are currently doing the same," Ms Hammond said.

“The community campaign has been successful in getting rid of several previous gas leases including a lease south of the remaining Whicher lease and a portion of a lease that previously covered the town of Brunswick.

“Exploration permit 408 covering the Whicher Range is the next in line to be returned to the government. We would also like Exploration Permit 496, covering 668sqkm of the South West from Bunbury to Busselton, Dardanup to Donnybrook-Balingup, cancelled.

“The south west is far too valuable as a food growing and tourism area to risk being turned into an industrialised gasfield.”