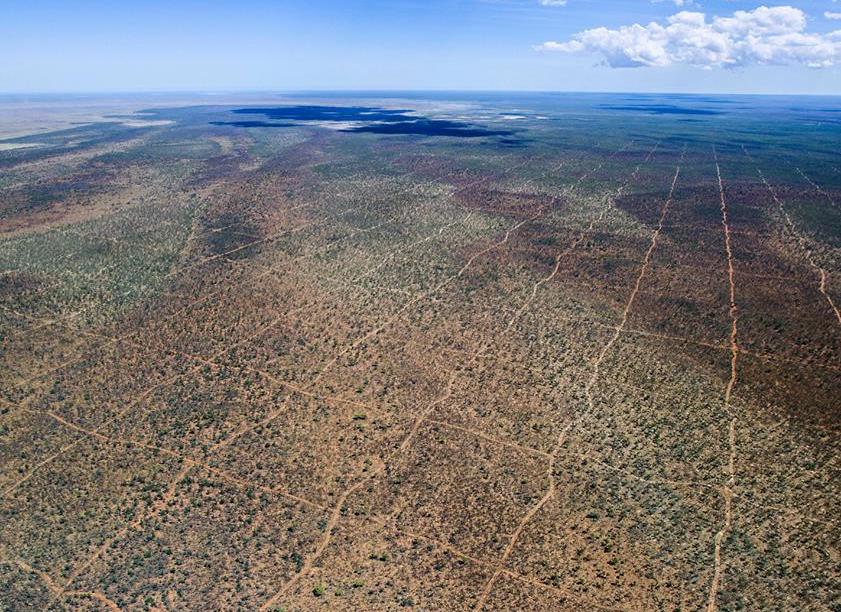 Buru Energy is back with a new plan to clear a massive amount of native vegetation as they explore for gas in the Kimberley, close to the Martuwarra Fitzroy River. They’ve done this before - clearing a massive amount of gridlines for seismic surveys, equivalent to the length of a bulldozer driving direct from Perth to London.

Now, the Environmental Protection Authority (EPA) is asking for your comments on whether to publicly assess this harmful project. It’s vital they hear from West Australians around the state, that we don’t want the Kimberley turned into industrialised oil and gasfields.

Will you make a comment today on Buru’s new proposal in the Kimberley and call on the EPA to publicly assess this project? We can’t leave it up to a private assessment between the EPA and Buru - or even worse, not be assessed at all.

The project involves clearing 438 hectares of native vegetation across 1147km of grid lines. This clearing would fragment habitat for native species including the conservation significant rainbow bee-eater, spectacled hare-wallaby, gouldian finch and the threatened greater bilby.

Will you urge the EPA to publicly assess this proposal?

-- Follow this link to fill out the easy form before the deadline, midnight on Monday 3 October 2022.

IMPORTANT STEPS:  Tick the box 'Assess - Public Environmental Review' and make a short comment on why you want it assessed, and why it should be a public assessment.
Click continue and then click 'submit' on the next page.
Note: the ‘Do Not Assess’ option means you’re asking the EPA to approve the project without assessing it. We do not want this to happen.

* If you have a link to the region, we suggest mentioning if you're a Traditional Custodian, resident, tourism operator, teacher, etc.

The deadline to comment is midnight on Monday evening, 3rd October 2022.

To read the full documents that Buru Energy has submitted to the EPA, click on 1. Referral on this page to view or download the PDFs https://www.epa.wa.gov.au/proposals/rafael-seismic-survey