Cervantes says “No” to fracking with Gasfield Free Declaration 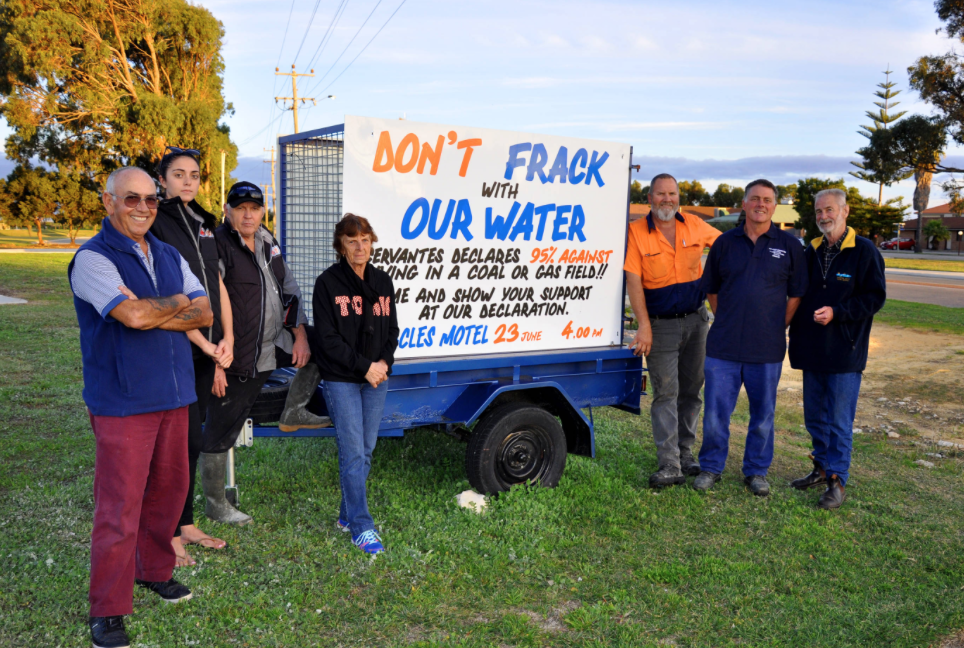 CERVANTES June 23, 2016: The town of Cervantes will today become the seventh community in WA’s Mid West to declare itself gasfield free.

The declaration supported by 95 % of the community means that the unconventional gas industry is denied a social license to operate in the area.

Spokesperson for the Cervantes Groundwater Protection Group, the organization behind the move, Steve Taylor said the declaration followed many months of detailed surveys and community discussion.

“Today’s declaration is a clear statement of the mood of this community. We are saying loud and clear that we don’t want to live in an industrialized coal or gasfield and we oppose fracking.

“We are deeply concerned at moves by the unconventional gas industry in our region and we are especially concerned at the potential contamination of aquifers from fracking.

“Having made our declaration we now call on the Dandaragan Shire Council to introduce policies to protect our groundwater and our environment from the fracking industry.

“Our underground water is our lifeblood in this region and it is far more precious than any gas.”

The Cervantes declaration will be made a special community celebration in the Pinnacles Motel in Cervantes at 4pm today.

The event has been timed to coincide with a meeting of the Dandaragan Council in Cervantes this evening.

A delegation of farmers from Dandaragan will attend the council meeting to express their grave concerns at plans to frack in their region.

Gasfield Free Community declarations are an initiative of the Lock the Gate Alliance, a national grassroots organization fighting the unconventional gas industry.

There have been scores of declarations made around the country as communities stand up against the unconventional gas industry.  In WA many other communities are working to protect their land and water through gasfield free surveys.

The official declaration will be presented to the Council at this community event.