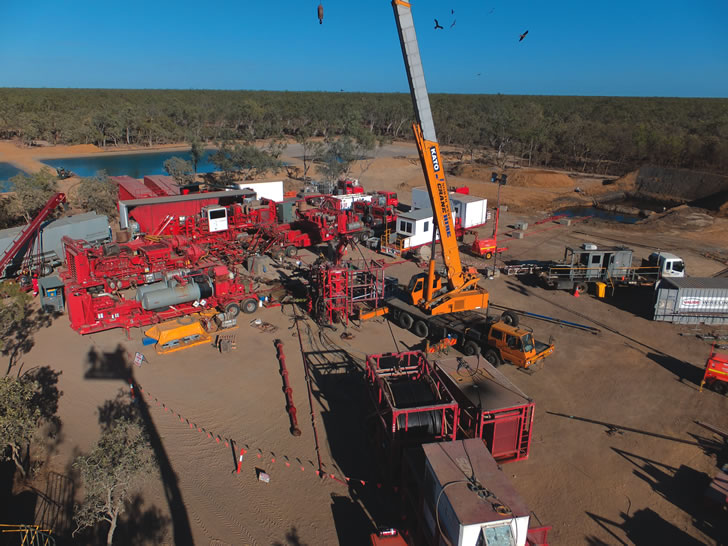 The Frack Free Midwest Gascoyne Alliance is calling for an immediate halt to all plans to frack the Warro gas field near Badgingarra following two earlier failed attempts to frack the field that hit fault lines and aquifers.

Alliance coordinator Jo Franklin said fracking was not safe and was not welcome in the Midwest and Transerv Energy did not have a social licence to operate in the area.

The drilling is expected to start this weekend.

“There have been no baseline health studies on the people whose lives will be impacted by fracking. There has been little community consultation,” Ms Franklin said.

“The last two attempts at fracking this area resulted in the wells having to be plugged after they hit fault lines. In the case of Warro 3 a fault line was deliberately fracked in a risky attempt to get the gas out quickly. The result was that the process punctured a high-pressure aquifer.

“Warro 4 took place before there was even enough seismic data available resulting in the hitting of another fault line and a well that needed plugging.

“These failures give us little trust in the company’s proviso about the planned drilling, published in its latest annual report, that  “there will be no impact on aquifer systems provided the well integrity is maintained.”

“Why would anyone gamble with the health of the very aquifers that sustain all life in the Midwest. Its pure stupidity.”

The wells are being financed by Alcoa of Australia Ltd, which withdrew its funding from similar plans to frack the Kimberley earlier this month.

“We are crossing our fingers that Alcoa will again see sense and see that they do not have a social licence to drill or frack in the Mid West,” Ms Franklin said.

“Fracking is not safe and is not needed in this region. WA has plenty of conventional gas resources so it makes no sense to frack our agricultural lands and put our ground water resources and community health at risk.”

Local landholder Geoff Teasdale said he was worried by the plans to frack in his community and concerned at the risk of groundwater contamination.

“I can’t understand the rush to drill and frack through our precious water resources to access tight gas 4km below the earth’s surface. This is a risk I’m not willing to take,” Mr Teasdale said.