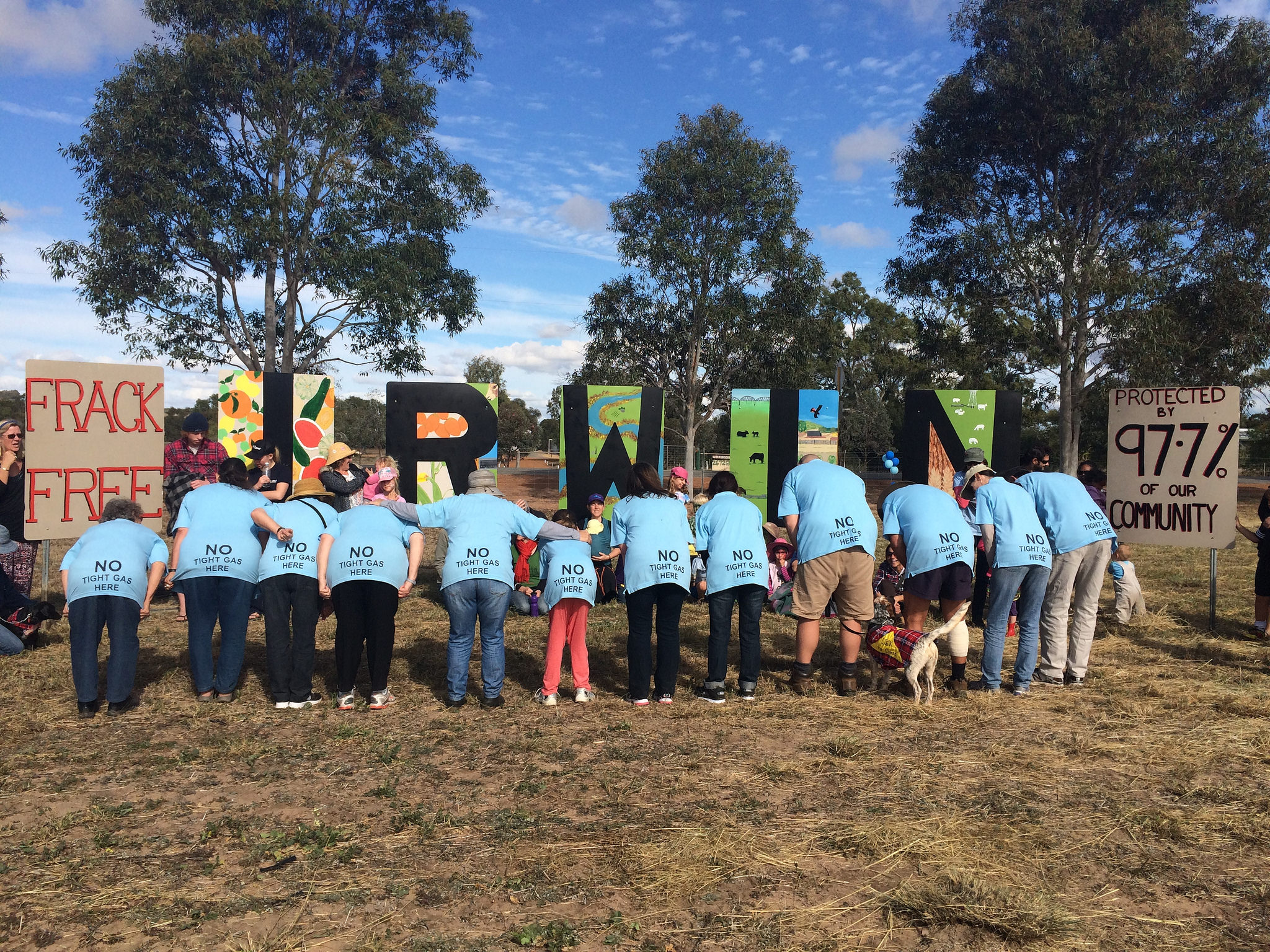 FEBRUARY 5, 2016: Communities across the Mid West and Gascoyne regions of WA have welcomed moves by gas giant AGL to pull out of unconventional gas mining in NSW and Queensland.

“Here in the Mid West and Gascoyne we are celebrating this decision. It shows that the economics of unconventional gas mining are not as sweet as investors have been led to believe,” Ms Franklin said.

“It also shows the power of concerted community effort to protect land, water and livelihoods and should act as a warning to the unconventional gas industry here that local communities will not allow their health, water and land to be destroyed by the short-term interests of fracking companies.”

On Thursday AGL announced its decision not to proceed with a $1billion gas project planned for Gloucester on the NSW Mid-west coast and to pull out of its western Sydney Camden gas project 12 years earlier than planned. It will also sell off its gas interests in Queensland.

The decision followed ongoing community opposition and problems trying to dispose to vast quantities of salty wastewater from the Gloucester project. In the end the company decided the economics of the project and unconventional gas extraction simply didn't add up.

“Right now in the Mid West we have fracking companies testing their recently fracked wells at Waitsia near Irwin and Warro near Badgingarra.

“Like Gloucester and Camden the community has indicated clearly that gas fracking is not welcome in the Mid West.

“Our water is far too precious to risk on this noxious and unnecessary industry. Transerv the operators of the Warro field have been tight lipped on how they intend to deal with the millions of litres of wastewater that comes from fracking.

“It is time for a major rethink about fracking and a total ban on the use of this technology any where near our ground water, our productive farmlands, our communities or our national parks and nature reserves.

“Communities across the Mid West and Gascoyne are standing up to protect their land, water and livelihoods by saying no to living in a gasfield.”