Mid West Farmers Call on Nationals to Stand Up for Veto 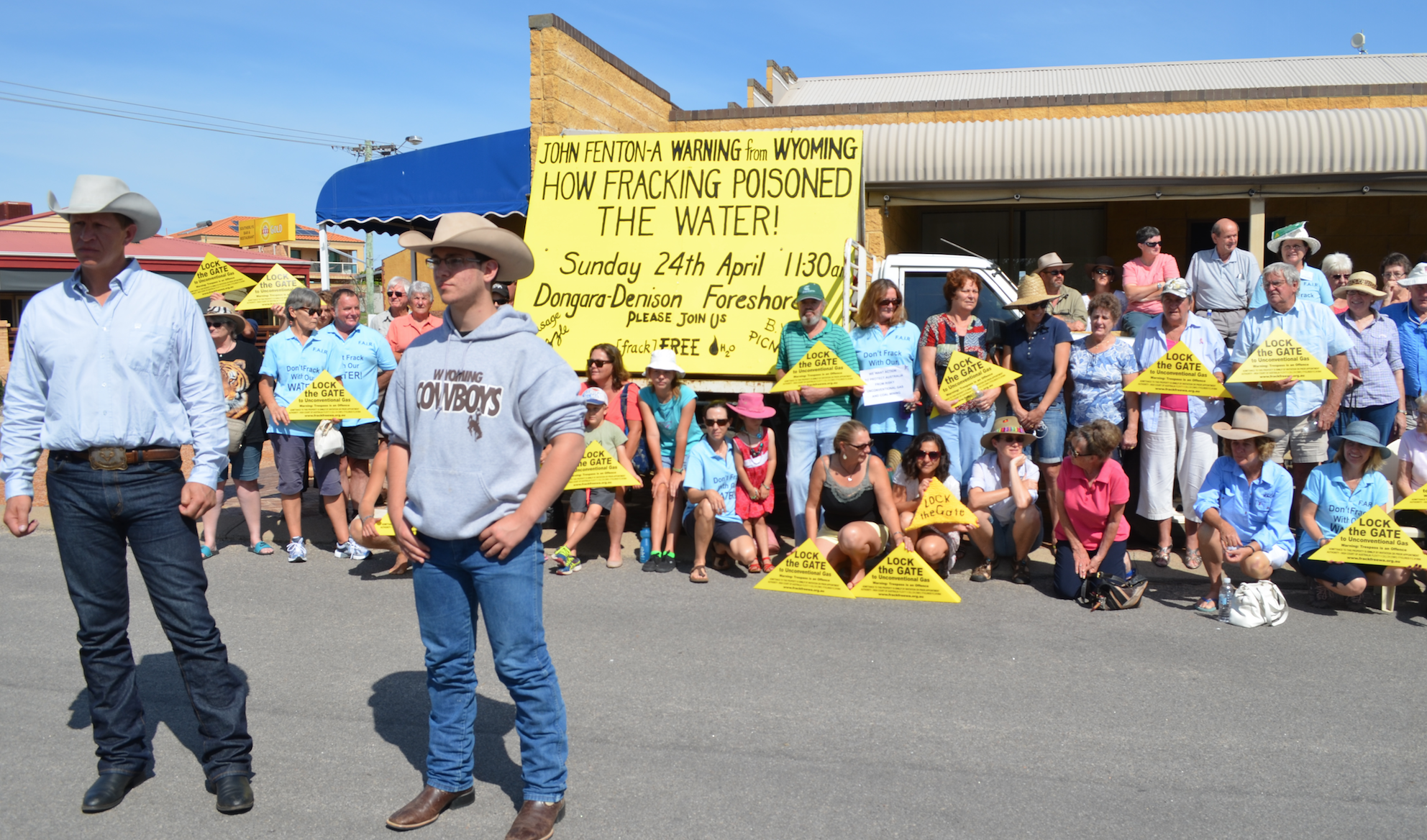 Farmers from across the Mid West are calling on the National Party to support their right of veto over oil and gas exploration after Nationals MP Shane Love came out in support of the veto campaign.

Lock the Gate WA coordinator Boudicca Cerese said Mr Love’s recent comments to The Countryman that farmers should have the right to veto was an indication of the strength of feeling in his electorate for the protection of land, water and health

“With a state election not far away farmers across the Mid West and indeed the state are calling on the National Party to stand up for people in regional Australia and at the very least give farmers the right to say no to fracking on their lands,” Ms Cerese said.

Irwin mango farmer Rod Copeland commended Mr Love for his support of the right to veto and said it was time for the rest of the National Party to follow suit.

“It is obvious that the community campaign for a mandatory land access agreement is starting to take effect in this, a double election event in the next 10 months, “ Mr Copeland said.

“If the Nationals want to continue to be a voice for regional WA then they need to stand up to their Liberal Party partners and back the people who vote for them, the farmers and other landholders who grow the food and fibre that is the future of rural Australia.

“My vote will go to whichever party puts in writing their commitment to a veto.”

Organic beef farmer David Cook from Dandaragan said fracking would be a disaster for his business, community and way of life.

“We are sitting on a productive food growing area with clean sweet water and this is not something we should be risking for a short term invasive industry,” Mr Cook said.

Dandaragan potato farmer Mick Fox, whose property sits in an area earmarked by the government as a vital Water for Food zone said his land was also in the sights of the fracking industry.

“It’s well past the time that the National Party stood up to its Liberal colleagues and started to listen to the people on the land, the people they are supposed to represent,” Mr Fox said.

“We want the right to grow clean food and have access to clean water so that we can continue to provide the fresh, high quality produce that the people of WA want and need.”