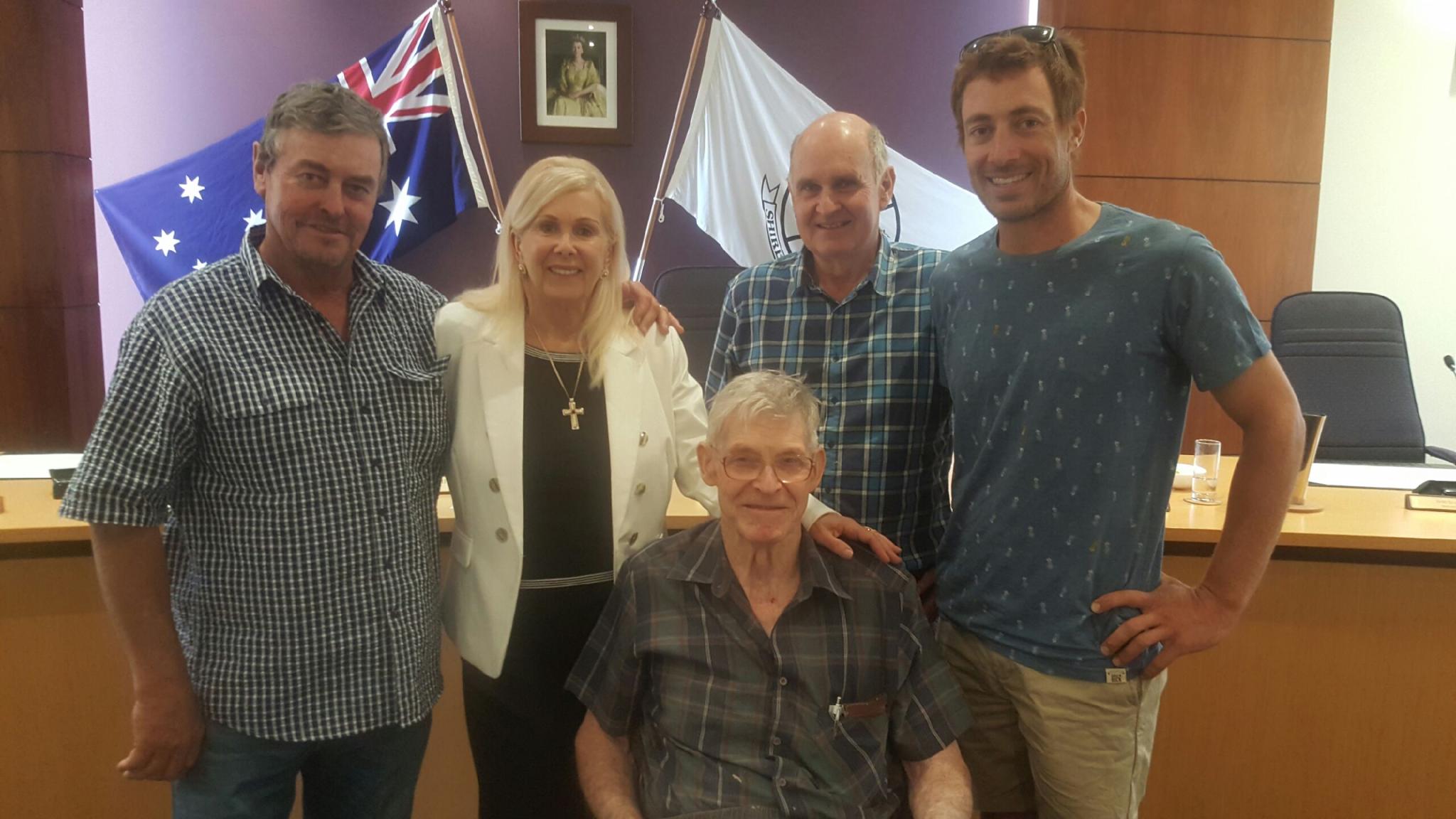 Another community in Mid West WA has declared itself gasfield free, after an extensive door-to-door survey of Dandaragan residents found 96.4% wanted to keep their region gasfield free.

Local farmers took the final tally of the results along with their declaration of intent to protect their community from gasfields to the Shire of Dandaragan offices in Jurien Bay on December 15. The local landholders presented their declaration to Shire President Leslee Holmes, as well as asking several questions of councilors during question time.

Farmer Ian Minty, 77, one of the coordinators of the survey in Dandaragan, says local volunteers went door-to-door, farm-to-farm, to survey their neighbours, and results are similar to two other communities within the Shire of Dandaragan that have declared themselves gasfield free: Jurien Bay (90.5%) and Cervantes (93%).

“On February 3 our community is hosting a declaration ceremony in Dandaragan, to celebrate our community standing together in solidarity against this threat.

Dandaragan has become the latest in over 415 communities around Australia who have declared themselves gasfield free.

The community declaration will take place at 6pm Friday February 3, at Dandaragan DCRC (Club) on Dandaragan Road. Everyone is welcome to attend.